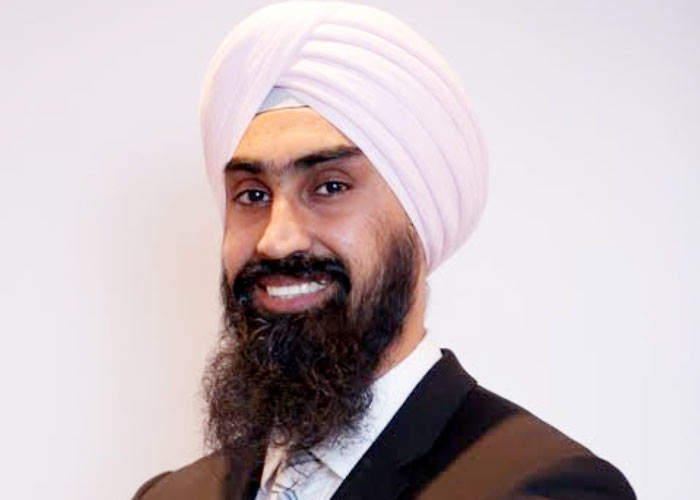 Brampton, Oct 10, 2019 (Yes Punjab News)
At its meeting on October 10th, Peel Regional Council unanimously passed a motion moved by Councillor Gurpreet Singh Dhillon to denounce Quebec’s Bill 21, which will ban religious articles of faith to be worn by anyone in a public service position.

Peel Region is Ontario’s second largest municipality comprised of the cities of Mississauga and Brampton, and the Town of Caledon, with approximately 1.4 million residents and 73% of the population being visible minority.

Along with condemning Bill 21, the motion urges federal parties to commit to challenging the bill if they form government. Also, it endorses the City of Calgary’s recent motion to work with the group ‘Canadian Coalition of Municipalities Against Racism and Discrimination’ (CCMARD) to address the harms of Bill 21 nationwide.

Delegating on the motion were members of the National Canadian Congress of Muslims (NCCM), who are currently leading a legal challenge against Quebec’s Bill 21, and the World Sikh Organization (WSO), who currently has intervener status in the legal challenge as well.

“Bill 21 in Quebec legislates discrimination. This move by the Peel Region to denounce it not only gives confidence to our residents that we stand against intolerance, but sends a message to the federal party leaders that they must take action if elected to government,” said Councillor Dhillon. “We are part of a growing number of voices across Canada that are uniting to stand against this discriminatory bill.”

“We thank Councillor Gurpreet Singh Dhillon for introducing a motion to condemn Bill 21. As we stand against Bill 21 in Quebec, we appreciate leadership from elected officials across Canada like Councillor Dhillon in standing with us and our allies against second class citizenship”, said Mustafa Farooq, Executive Director of the National Council of Canadian Muslims.

Sharnjeet Kaur from the World Sikh organization added, “Choosing between faith and employment is not a choice we should ever have to make but members of the Sikh, Muslim and Jewish communities are, today, being forced to make that very choice in Quebec.

It is important for political leaders across Canada to condemn Bill 21 and tell those that are affected that Canadians stand shoulder to shoulder with them. We’d like to thank Regional Councillor Gurpreet Singh Dhillon for championing this cause and Region of Peel Council as a whole for taking a position in support of human rights.”

The Region of Peel is currently a member of the UNESCO’s Coalition of Inclusive Municipalities and a signatory of the CCMARD. Its police service, the Peel Regional Police, recently passed its own motion condemning Bill 21.