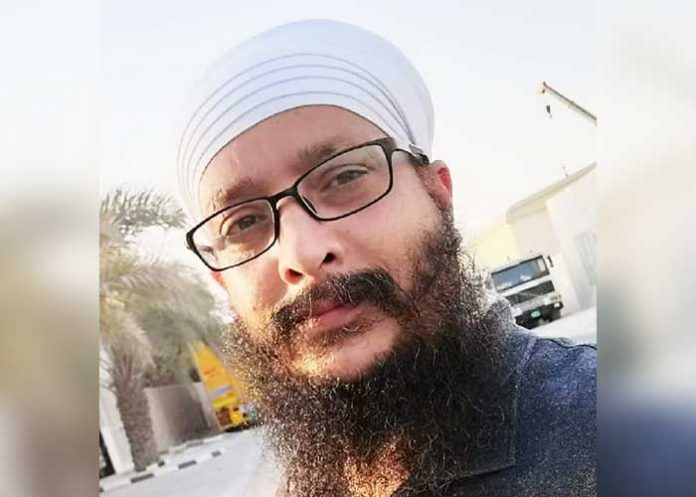 New Delhi, Oct 24, 2020-
A 43-year-old man from Himachal Pradesh, who had come to India from Dubai in January but could not return due to Covid-19 restrictions, hanged himself in a central Delhi hotel, police said on Saturday.

Deceased Balwinder Singh’s kin alleged that he took the extreme step due to a fake visa racket he fell for.

Balwinder Singh and three others arrived in Delhi on Thursday. He opted to stay separately in a Nabi Karim hotel where he ended his life.

When he did not order breakfast and lunch, the hotel staff became suspicious and called police who found him hanging in the room. A suicide note was found from his possession.

“He was found hanging from a ceiling fan with his turban on Friday afternoon. We rushed him to the RML Hospital but he was declared brought dead. A suicide note running into 10 pages was seized, in which he said that no one is responsible for his death. However, we are verifying the suicide note,” said Sanjay Bhatia, DCP Central.

The police said that his family, including brothers, have ruled out any foul play though some relatives suspect that he along with three others was duped by a man on the pretext of arranging visas.

“Balwinder had taken approximately Rs 1.5 lakh each from the three men who accompanied him to Delhi from Mandi for visas. He was in touch with a man on mobile phone for visas. After reaching Delhi, the man did not pick up the phone. It may be one of the reasons for his extreme step,” said a relative.

Balwinder was working in a Dubai firm for around 10 years. He is survived by his wife and three children.

The body has been sent for post-mortem. Inquest proceedings under Section 174 of the CrPC are on. (Agency)