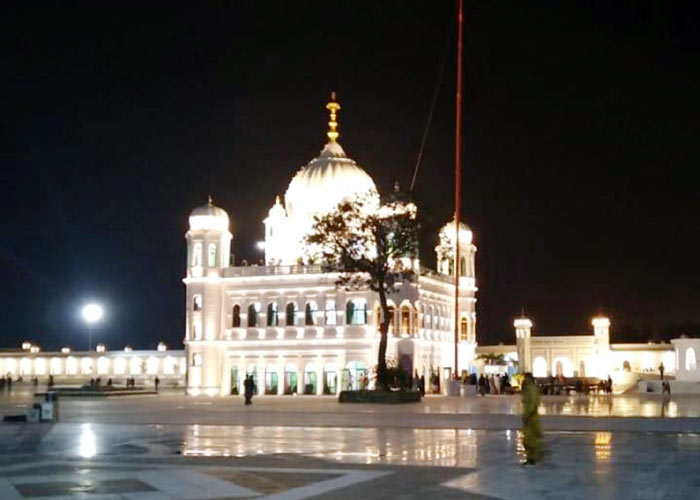 Despite touting the Kartarpur Corridor as a symbol of peace that has allowed some kind of conversation with Pakistan, India’s misgivings about Pakistan trying to fan Sikh separatism using the corridor are not unfounded.

As both sides get ready to inaugurate the Kartarpur Corridor on Saturday, which will see 550 Indian pilgrims cross the border, India is also wary about Khalistani elements attempting to mingle with Sikh pilgrims to spread misinformation.

While Pakistan’s official video on Kartarpur featured Khalistani terrorists and anti-Indian elements, including Jarnail Singh Bhindranwale, to which India lodged a protest, a poster of an ‘Indian bomb’ has come up at the Darbar Sahib Gurdwara in Kartarpur, raising eyebrows in India.

A board erected by Pakistani authorities next to an exhibit featuring a small bomb claims that it was dropped on the shrine by the Indian Air Force during the 1971 war.

The poster, with lines in Urdu, Gurmukhi and English, is titled “Miracle of Wahe Guru ji”.

It says: “Indian Air Force dropped this bomb during 1971 at Gurdwara Darbar Sahib Sri Kartarpur Sahib with the aim to destroy it. However, this evil design could not be materialised due to blessing of Waheguruji (Almighty Allah). The said bomb landed into Sri Khoo Sahib (sacred well) and this Surbar Sahib remained unheart (sic). It is pertinent to mention that this is the same sacred well from where Sri Guru Nanak Dev ji used to get water to irrigate his fields.”

The bomb has been kept in a glass case placed atop a small pillar decorated with the ‘Khanda’, a symbol representing the Sikh faith.

Sources said that Imran Khan had announced the Kartarpur project when he was sworn in as Pakistan Prime Minister in 2018, while India had proposed the corridor 20 years ago, in 1999.

There is apprehension that Pakistan wants to create leverage within the Sikh community using the corridor. Pakistan has also laid the foundation stone for a Guru Nanak Dev University in Larkana town.

India is also worried that Sikh separatists may misuse the corridor to leverage their so-called 2020 separatist agenda.

India will be watching the Kartarpur corridor inauguration and the next few days’ developments “very, very closely”.

The promotional video of Kartarpur released by Pakistan featured pro-Khalistan leader Bhindranwale, and his military adviser Shabeg Singh, who were killed during Operation Blue Star in 1984. It also featured a poster by the banned ‘Sikhs for Justice’ group, which is pushing for Sikh Referendum 2020.  (Agency)