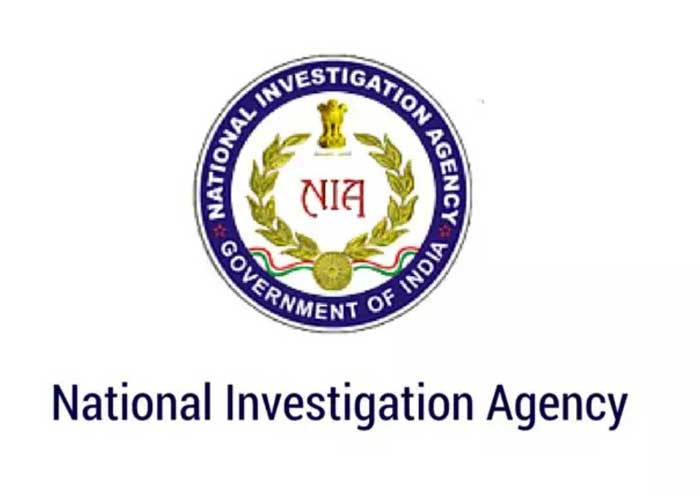 New Delhi, Jan 16, 2021-
In a surprise move, the National Investigation Agency (NIA) has sent notices to over a dozen of people, including a journalist, farmer leaders associated with the agitation against three farm laws and others, in connection with its probe into the Sikh For Justice (SFJ) case, officials said on Saturday.

An NIA official related with the development wishing not to be named told, “The NIA has sent notices to several people for examination.”

The official said that they have been called as witnesses to ascertain certain details of the case.

When asked who had been called besides the journalist, the official said, “I cannot specifically say about the profession of the individuals who have been called for examination.”

The official said that the agency had called a number of people as witnesses for investigation. “They have been called to be examined to ascertain certain details for the investigation,” the official added.

The NIA has also summoned Baldev Singh, the president of Lok Bhalai Insaf Welfare Society (LBIWS), one of the unions participating in talks with the government over the new farm laws.

According to the NIA summons, Singh has been asked to appear before the anti-terror probe agency on January 17 at its headquarters located in south Delhi’s CGO Complex.

Besides Singh, Surender Singh Thikriwal, Palwinder Singh, Pardeep Singh, Nobeljit Singh and Karnail Singh have also been summoned to appear before the agency on January 17 and 18 .

The NIA had registered a case on December 15 last year after a notification from the government under several sections of the IPC and the Unlawful Activities (Prevention) Act (UAPA. In the FIR, which has been viewed by IANS, the NIA alleged that SFJ, an unlawful association and other Khalistani terrorist outfits including but not limited to Babbar Khalsa International, Khalistan Tiger Force and Khalistan Zindabad Force along with their frontal organisations have entered into a conspiracy to create an atmosphere of fear and lawlessness and to cause disaffection in people and to incite them towards rising in rebellion against the government.

The FIR also said that huge funds are being collected abroad for on-ground campaign and propaganda against missions in countries like US, UK, Canada Germany and so forth.

These campaigns are being spearheaded by designated terrorists Gurpatwant Singh Pannun, Paramjit Singh Pamma, Hardeep Singh Nijjar and others.

The NIA FIR also alleged that SFJ and other pro-Khalistani elements involved in this conspiracy, through their incessant social media campaign and otherwise, are radicalising and recruiting impressionable youth to agitate and undertake terrorist acts for creation of separate nation of Khalistan after secession from Indian Territory.

It is worth a mention that the NIA filed a charge sheet against 10 Khalistani terrorists in the Sikhs for Justice (SFJ) case including designated terrorist Gurpatwant Singh Pannun on December 18 last year.

The agency has filed the charge sheet in the Special NIA court in Punjab’s Mohali under several sections of the Indian Penal Code and the UAPA.

The charge sheet was filed in connection with a case related to a series of acts of violence including acts of arson in Punjab during the year 2017-18, carrying out of propaganda activities both online and on ground campaigns in support of the SFJ and Referendum-2020.

These acts were committed by a gang of radicalised Sikh youth under direction and financial assistance from SFJ handlers located abroad as part of an organised conspiracy by the accused for launching a concerted secessionist campaign for creation of ‘Khalistan’.

The case was initially registered by the Punjab Police in Amritsar and the NIA took over the investigation on April 5 last year. (Agency)