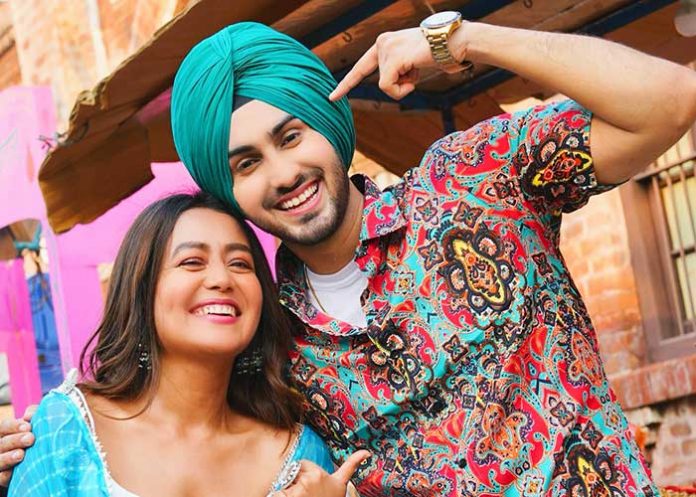 A new song of Bollywood singer Neha Kakkar featuring her ‘rumored’ fiancée Rohanpreet Singh, whom she is reportedly set to marry later this month, is out now.

The song titled ‘Nehu Da Vyah’ has lyrics and composition by Neha Kakkar who has sung it too and appeared along with Rohanpreet Singh in the video.

Rohanpreet Singh, a singer s a popular contestant in ‘Rising Star’ singing reality show, has not sung but only appeared as a Model in the new song.

The video presented by Anshul Garg has been released by Desi Music Factory on the company’s YouTube Channel.

The song video has been viewed by over 4.5-lakh people within two hours of the release of the song.