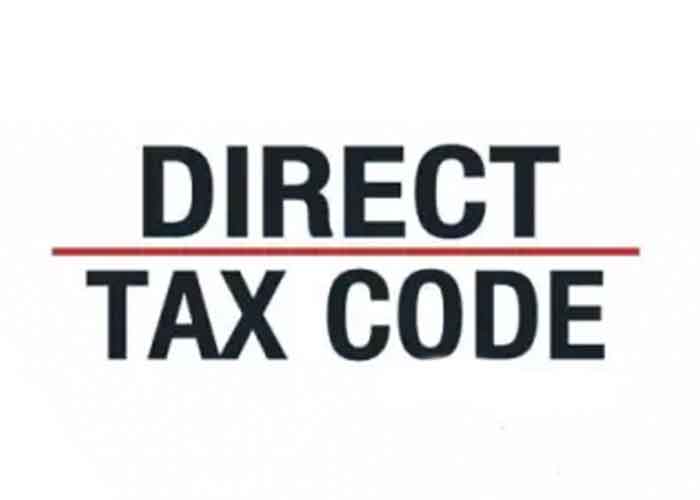 The government has junked the much-hyped Direct Tax Code (DTC), a reform initiative to overhaul the direct tax system on the lines of GST, for now as it has already taken steps to align the tax rates with other countries.

Tax experts pointed out that the government is also not in a position to make further changes that will have revenue implications. There was also apprehension that adopting DTC would put question mark on the rulings based on the present Income Tax Act.

Official sources said that the DTC is not on the table right now and the government will act on it only after thoroughly reassessing the situation on the ground and whether it warrants any change in the tax rules and rates.

“We have already lowered corporate tax and offered a simplified tax scheme for individual taxpayers. Dividend distribution tax (DDT) has also been removed. Parallely, the overall tax system is being taxpayer-friendly. So, where is the need for DTC? At least, for now we don’t think any need. Maybe, later we will see,” an official source said.

Apart from lowering tax rates and compliance, the Task Force on DTC had laid emphasis on technology for making the system taxpayer-friendly. It recommended to simplify computation of incomes and overhaul the entire tax administration.

The then Central Board of Direct Taxes (CBDT) member and also Convenor of the Task Force Akhilesh Ranjan had suggested to improve litigation system and easing compliance.

In a major relief for business and industry, the Modi government last September slashed corporate tax to 22 per cent from 30 per cent and also reduced MAT and lower 15 per cent tax for companies putting fresh capital into manufacturing.

In the Union budget presented on February 1, Finance Minister Nirmala Sitharaman announced to cut income tax rates and change slabs to lower tax incidence for those earning upto Rs 15 lakh a year. The Minister proposed a 10 per cent tax on income between Rs 5 and Rs 7.5 lakh from 20 per cent now.

Income between Rs 7.5 lakh to Rs 10 lakh will attract a lower tax of 15 per cent. For annual income between Rs 10 lakh and Rs 12.5 lakh, the income tax rate has been reduced to 20 per cent from 30 per cent. Those earning Rs 12.5 lakh to Rs 15 lakh will pay 25 per cent tax. People with annual income of more than Rs 15 lakh would continue to pay the tax at the current rate of 30 per cent.

An official source said that there were two sets of thinking earlier on adopting the DTC. While one set of people wanted the system to be completely revamped by adopting DTC, the other set of people thought that the new code will create a spate of litigations.

“To avoid this, it is good to allow only the concept of DTC to be borrowed and continue with the current law so that old litigation precedents do not go away,” he said.

The government has not made the draft DTC public and has said the report of the Task Force is being examined. The DTC was envisaged to replace the decades old Income Tax Act, 1961.  (Agency)