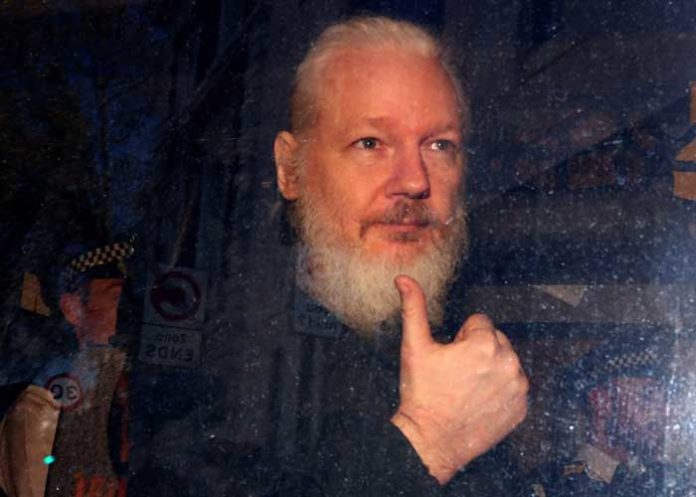 More than 100 doctors have requested urgent medical care for ailing WikiLeaks founder Julian Assange, who is being held at Belmarsh high-security prison in the United Kingdom.

In a letter published on Monday in The Lancet medical journal, signatories from 18 countries urged the British and Australian governments to “end the torture of Assange and ensure his access to the best available health care before it is too late.”

The 48-year-old Australian is held at Belmarsh awaiting a Feb. 24 hearing for an extradition request by the United States for publishing confidential information in 2010, Efe news reported.

Some of Assange’s collaborators, including WikiLeaks editor-in-chief Kristinn Hrafnsson, and his attorney Jennifer Robinson, will meet members of the media in London on Tuesday before a preliminary court hearing the following day.

Since 2010, when Sweden filed a request for his arrest over allegations of rape, Assange has been detained, first under house arrest in a British town and then at the Ecuadorian embassy in London between 2012 and 2019, when Ecuador withdrew his political asylum status.

In the letter, the signatory doctors pointed out that, throughout this time, Assange has not received adequate medical care and that, according to several eyewitness accounts, his physical and mental health is deteriorating.

They added that at a case management hearing in October, Assange appeared pale, underweight, limping and unable to recall basic information and comprehend what was going on in court.

In May 2019, the UN Special Rapporteur on Torture, Nils Melzer, after visiting Assange in Belmarsh along with two medical experts, said that he showed “all symptoms typical for prolonged exposure to psychological torture, including extreme stress, chronic anxiety and intense psychological trauma.”

The letter’s signatories, many of whom signed a similar letter in November, condemned the “denial of his (Assange) fundamental right to appropriate health care” and stressed that “politics cannot be allowed to interfere with the right to health and the practice of medicine.”

These professionals, who are members of the Doctors for Assange group, urged others to join their initiative and said that this “politicization of foundational medical principles is of grave concern” and “carries implications beyond the case of Assange.”

“Abuse by politically motivated medical neglect sets a dangerous precedent, whereby the medical profession can be manipulated as a political tool,” they added.

The signatories also said that if Assange died in prison as Melzer has warned “he will have effectively been tortured to death.”