Home Punjab Modi should leverage ‘friendship’ with Trump to protect Indian students in US:... 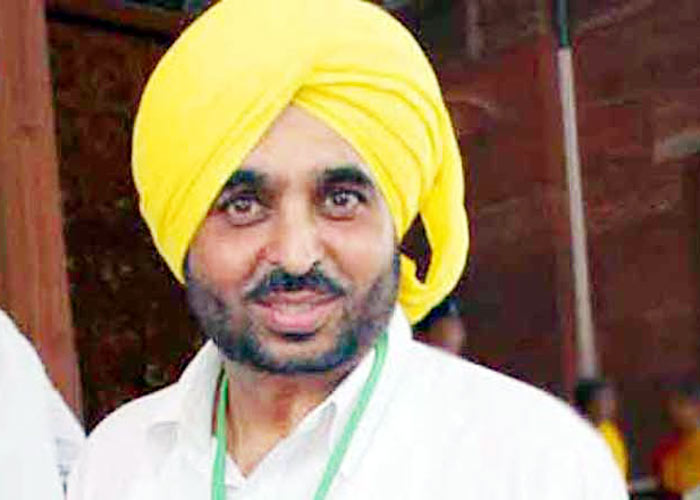 Aam Aadmi Party (AAP) state President and Member of Parliament (MP) Bhagwant Mann has appealed to Prime Minister Narendra Modi to leverage his much-hyped friendship with US President Donald Trump for the benefit of millions of Indian students studying in the US and ensure that the Trump administration did not force them to leave that country.

In a statement issued from party headquarters on Wednesday, Bhagwant Mann that the Donald Trump administration’s decision, forcing more than 2.5 million Indian students studying in the US colleges and universities to leave the country, who had been studying online in the United States amid the coronavirus pandemic, was disastrous.

Bhagwant Mann termed the Trump administration’s decision as ‘shocking’ to all foreign students studying in the United States, who had already paid a whopping fee worth millions of rupees to various colleges and universities they were studying in, adding that such a decision would not only cast a shadow on their future, but would also inflict heavy economic losses.

The AAP Parliamentarian called upon Prime Minister Narendra Modi to intervene immediately against the US government’s disastrous decision that had left a large number of Indian students to fend for themselves.

Mann said that he had, through a letter to Prime Minister Narendra Modi and External Affairs Minister S. Shankar, urged them to immediately get in touch with the White House to protect the interests of Indian students studying in the US.

Addressing Prime Minister Narendra Modi, Bhagwant Mann said: “Your proverbial ‘friendship’ with Donald Trump has become the talk of the town, the world over. During the ‘Howdy-Modi’ program held in Houston, you had, while bragging about your mutual friendship with the US President, chanted the peppy slogan ‘Ab Ki bar Trump Government’, although the protocol did not allow that.

Similarly, ahead of the Parliamentary polls, you had spent a whopping Rs 100 crore in Ahmedabad for the ‘Namaste Trump’ program. If your friendship with Donald Trump is so profound, you should leverage it to protect millions of Indian students studying in the United States, allowing them to stay on in that country, till the expiry of their visas”.

The AAP MP said that if Donald Trump could authoritatively order import of hydroxychloroquine tablets from India for the treatment of corona virus, then why couldn’t our Prime Minister exert pressure on the US to allow the hassled Indian students stay there, at least till the expiry of their visas?