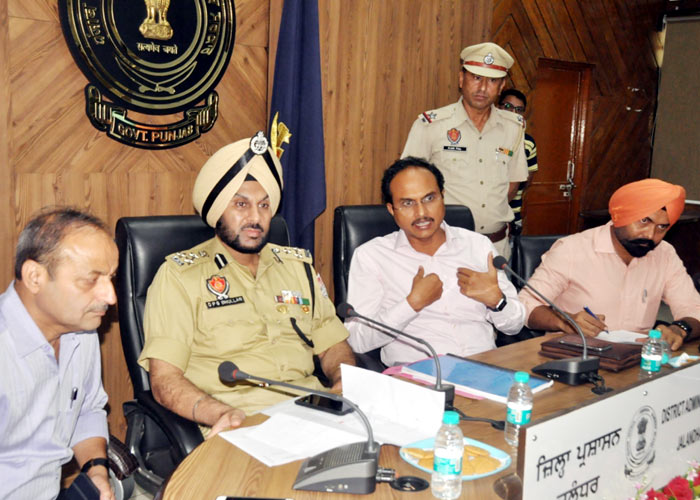 After chairing a meeting with the officers National Highways Authority of India, MLA, Deputy Commissioner and Commissioner of Police said that the civil and police administration was firmly committed for ensuring safety and security of people besides facilitating them for smooth commuting on the road.

They said that next month, the huge flow of the traffic will cross from Jalandhar to Sultanpur Lodhi via Kapurthala or Kartarpur ahead of 550th Parkash Purab of Sri Guru Nanak Dev Ji.

They said that the flyover was very significant to streamline traffic movement both in city and on the national highway adding that three merging points from where traffic from Ludhiana side, Hoshiarpur side and traffic coming over from Rama Mandi flyover meet was vulnerable and the NHAI must ensure that the movement of traffic was smooth at these point after widening service lanes on both sides of highway, smooth ride on the merging points and installing traffic signage boards for the commuters.

They said that technical parts of the Flyover must be dealt with by the authority efficaciously. The officers said that the only concern of the administration was to ensure the safety and security of commuters.

They also warned the authority officials that in case any casualty takes place on the road that the entire onus would be on NHAI. They said that administration was duty-bound to protect life and property of the commuters by minimizing the risk of this one of the most, busy highways of the country.