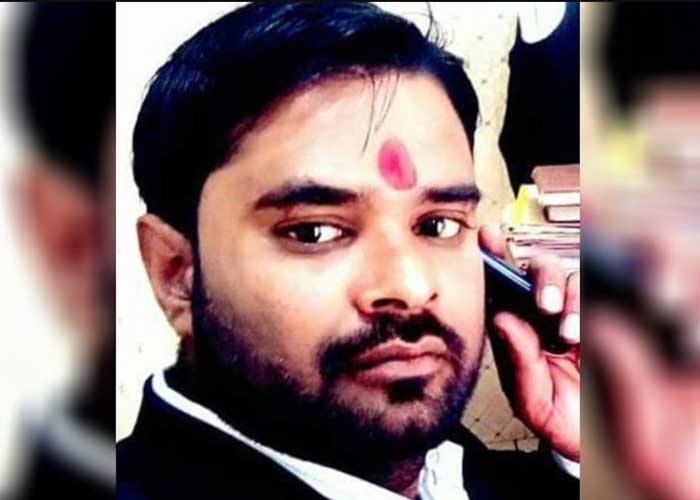 Lawyers carried the body of their slain colleague to the courtroom of the District Collectorate here on Wednesday to protest against the killing and shouted slogans against the police and government.

Tempers ran high as hundreds of lawyers outnumbered the policemen and the issue took political overtones as Shivpal Yadav, president of Pragatisheel Samajwadi Party Lohia (PSPL) reached the District Collectorate to extend his support to the agitating lawyers.

As soon as the news of the lawyer’s murder spread, lawyers in Lucknow took out a protest march under police security.

They demanded immediate arrest of the accused and compensation for the family. They also blamed the police for delayed action.

A 32-year-old lawyer had been beaten to death by five persons, late on Tuesday night in Damodar Nagar area under Krishna Nagar police circle.

The lawyer, Shishir Tripathi, was beaten with bricks, rods and stones.

One of the accused Vinayak Thakur, also a lawyer, has been arrested while four other accused persons were absconding.

After preliminary investigations, the police have said that personal enmity was the motive behind the crime.

“Vinayak Thakur, and the other accused Monu Tiwari, were involved in property dealing with the deceased. A dispute between them led to the murder. Vinayak and his accomplices accosted Shishir on Tuesday night and after heated arguments, attacked him till he died,” said a police official.

The family of the lawyer, however, said that he was killed because he was trying to stop the sale of drugs in the area.  (Agency)