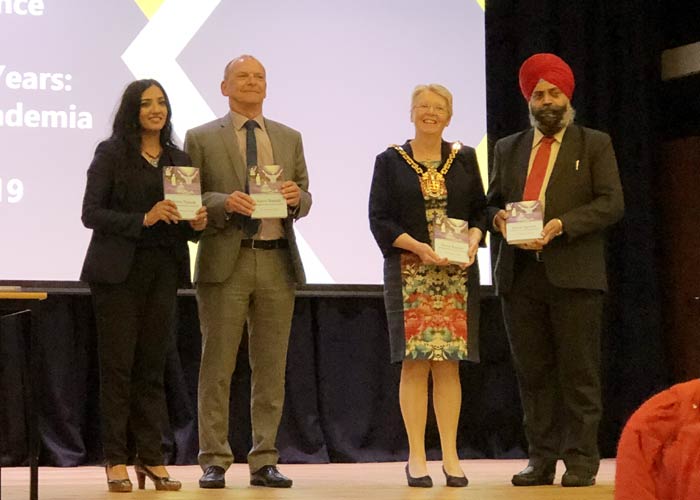 While sharing his views Dr. Arvinder Singh expressed his happiness over the release of his book in the international conference and said that in this book he has tried to analyse the universal teachings and philosophy of Sri Guru Nanak Dev Ji from the socio-political point of view.

He further said that Guru Nanak urged for a social, political and economic system based on democratic values and he strongly advocated the principles of plural society, secularism, unity of mankind, individual liberty, religious freedom, fraternity, socio-economic equality, respect for human dignity and rights etc.

Dr. Singh said that the roots of these concepts which became the cornerstone of modern era and renaissance movement can be found in the divine hymns of Guru Nanak. Dr. Arvinder Singh also mentioned that in this book he also tried to highlight the Guru Nanak’s role in creation of casteless and classless society and relevance of his socio-religious thought in the present scenario.

He further said that 550 years ago Guru Nanak had also advocated gender equality and raised a strong voice for equal status and equal rights for oppressed classes in the society.