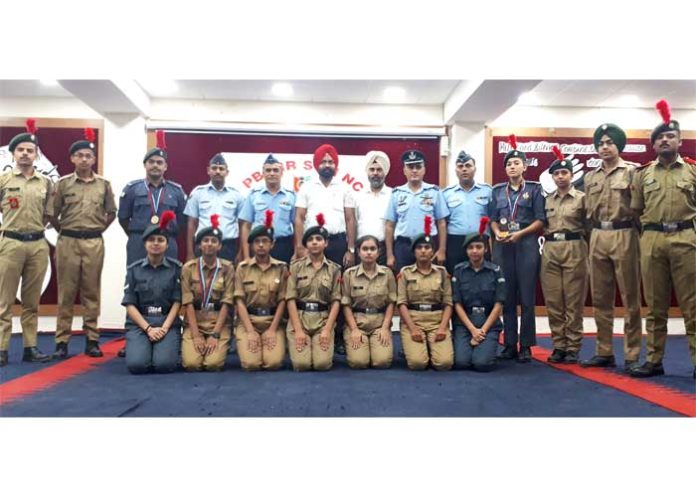 Interacting with the NCC cadets during a declamation organized here during ongoing NCC camp at the Local MGN Public School on the topic of ‘Preventive Measures of Drug Abuse menace in Punjab’, the Additional Deputy Commissioner and Deputy Commissioner of Police said that being a border state Punjab was fighting nation’s war against drugs and participation in youth in general and NCC cadets in particular was must for eliminating this curse.

They said that Punjab government has already snapped the supply line of drugs through effective measures but the need of hour was that youngsters must come forward for creating massive awareness to check its demand. Mr. Kulwant Singh and Mr. Gurmeet Singh said that here the role of NCC was a huge one as there was a huge scope for harnessing the massive potential of the disciplined NCC cadets in the government’s fight against drug abuse.

The Additional Deputy Commissioner and Deputy Commissioner of Police said that NCC cadets could help in saving generations of the state from curse of drugs. They said that since NCC was a premier organization that was channelizing the productive energy of youth in positive direction, so its cadets could play an important role in galvanizing the youth against menace of drugs. Both the officers said that the NCC cades must inspire their peers in schools/ colleges for shunning the menace of drugs and contribute immensely in nation building.

The Additional Deputy Commissioner and Deputy Commissioner of Police said that NCC cadets should discuss harmful effects of drugs from time to time and also identify signs of drug use among peer group and encourages them not to indulge in drug abuse. They said that every NCC cadet should be a flag holder of the commitment of Punjabis to make Punjab drug free.