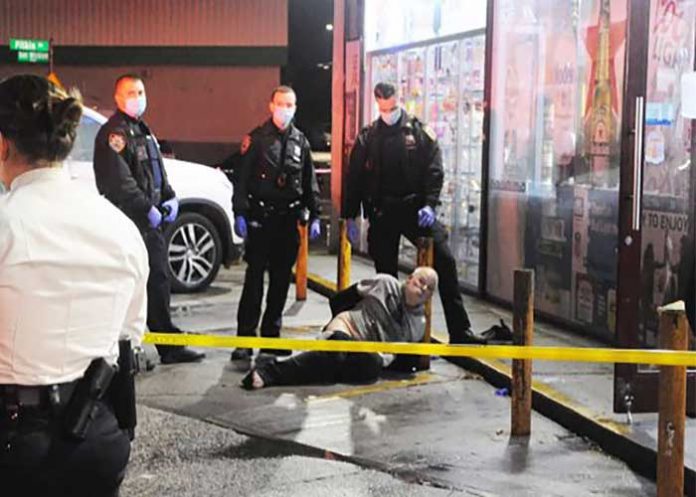 New York, Oct 28, 2020-
An Indian-origin New York police officer who tackled and disarmed an alleged gun-wielding killer who had just shot his victim inside a shop is being hailed as a hero.

Jason Maharaj, who was off duty on Monday evening, “quickly sprang into action,” on witnessing the shooting, “tackled the suspect, disarmed him and held him till uniformed officers arrived,” the police department said.

The man who was shot inside the shop, Mohmediyan Tarwala, 26, was taken to a hospital where he died, NBC New York TV reported quoting police.

The alleged assailant identified as Steven Cohen entered the shop and argued with Tarwala and was asked to leave the store and two employees pushed him out, ABC New York TV reported quoting authority.

He returned and shot Tarwala in the stomach and fired at another employee, but he was not hurt.

His commanding officer John Buttacavoli tweeted, “We are very proud to have officers such as Maharaj serving our community.” (Agency)