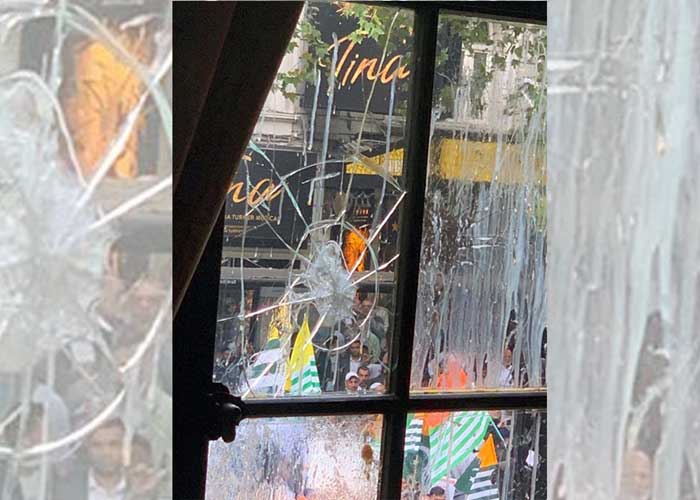 The Indian High Commission in London was once again attacked and vandalised by Pakistani protestors agitating against the scrapping of Article 370 and the restrictions imposed in Kashmir.

Media reports in London said the police arrested four people in connection with the incident. A dagger was also recovered from one of the protesters, the police said.

As per media reports, the Pakistanis and Kashmiris living in Britain had taken out a march on Tuesday to protest against the situation in Kashmir. The march started peacefully, but turned violent on reaching the Indian High Commission with the protesters pelting stones and eggs at the building.

Responding to the tweet, London Mayor Sadiq Khan wrote: “It was unacceptable. I utterly condemn this unacceptable behaviour and have raised this incident with @metpoliceuk to take action.”

This is the second attack on London’s Indian High Commission building in less than a month. Pakistani protestors had attacked the building on August 15 as well.  (Agency)