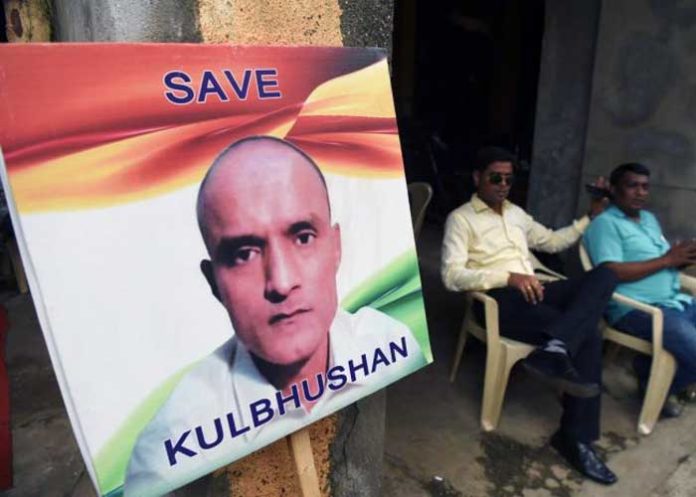 Indian Charge d’ Affaires Gaurav Ahluwalia on Monday met Kulbhushan Jadhav at a Pakistani sub-jail for over an hour, after Islamabad granted consular access to the Indian national in line with the International Court of Justice directions.

The meeting between the senior Indian diplomat and Jadhav is the first since he was arrested on charges of alleged espionage three years ago.

According to the Express Tribune, the venue of the meeting was not divulged due to the sensitivity attached to the matter.

The meeting comes after India announced that it was accepting the offer of consular access to Jadhav.

India said it hoped Pakistan would ensure “right atmosphere” for the meeting, so that the meeting is “free, fair, meaningful and effective in keeping with the letter and spirit of the ICJ orders”.

On Sunday, Pakistan said it would provide consular access to Jadhav, the second time since its first offer made on August 1.

In a statement, India said: “India has been seeking consular access to Shri Kulbushan Jadhav for the last 3 years. The matter of denial of consular access was taken to ICJ by India.

“The court gave a unanimous decision in favour of India. Today, after victory in the ICJ, India will be proceeding for consular access to Shri Jadhav. Indian Charge d’ Affaires, Shri Gaurav Ahluwalia, will be meeting Shri Jadhav.

“We hope that the Pakistan will ensure right atmosphere so that the meeting is free, fair, meaningful and effective in keeping with the letter and spirit of the ICJ orders.”

In its July 17 verdict, the ICJ had directed Pakistan for continued stay on the death sentence of Jadhav and to provide him consular access.

India had declined the earlier offer of consular access to Jadhav as Pakistan had set some conditions, like insisting that it will have its own person present during the meeting between Indian officials and Jadhav.

Pakistan had refused to allow Indian officials to meet Jadhav ever since his “arrest” in March 2016 for alleged espionage.

In April 2017, he was sentenced to death by a military court, after which India approached the ICJ.   (Agency)