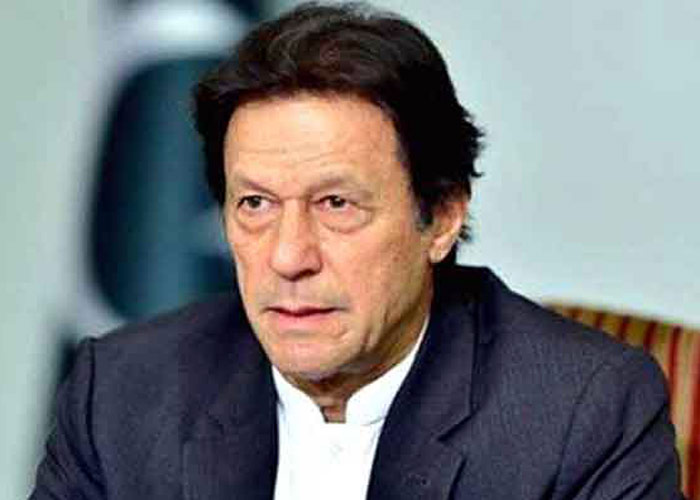 Pakistan Prime Minister Imran Khan on Thursday called on his countrymen to take part in “Kashmir Hour”, to be observed on Friday to show “solidarity with Kashmiris”, amid tensions between the two neighbours over India’s revocation of special status for Jammu and Kashmir.

In a series of tweets, Khan said that Pakistanis needed to send a message that “we were against Indian fascist oppression, the inhumane 24-day curfew, the daily injuring and killing of Kashmiri civilians including women and children — all parts of the Modi government’s agenda of ethnic cleansing and illegal annexation of Indian occupied Kashmir”.

The cricketer-turned-politician said that “the plan to change the demography of Indian occupied Kashmir was a war crime under the Fourth Geneva Convention”.

“We must send a strong message to Kashmiris that our nation stands resolutely behind them. So I am asking all Pakistanis for half an hour tomorrow, stop whatever you are doing and come out on the road to show solidarity with the Kashmiri people,” he added.

While addressing the nation on Monday, Khan had announced that an event will be held every week to show solidarity with the Kashmiri people, starting with August 30 between 12 p.m.-12.30 p.m.

On Wednesday, the Pakistan Tehreek-e-Insaf chief had telephoned French President Emmanuel Macron and King Abdullah II of Jordan to highlight the “deteriorating situation” in Kashmir. He said that the international community must take notice of the “Indian excesses and raise their voice for the oppressed people of occupied Kashmir”.

King Abdullah said that Jordan was closely following the developments in Kashmir and called for peaceful resolution of the dispute through dialogue, adding that his country would consult other countries on the situation.

Macron had also underlined the “importance of resolving all outstanding issues through peaceful means”.  (Agency)