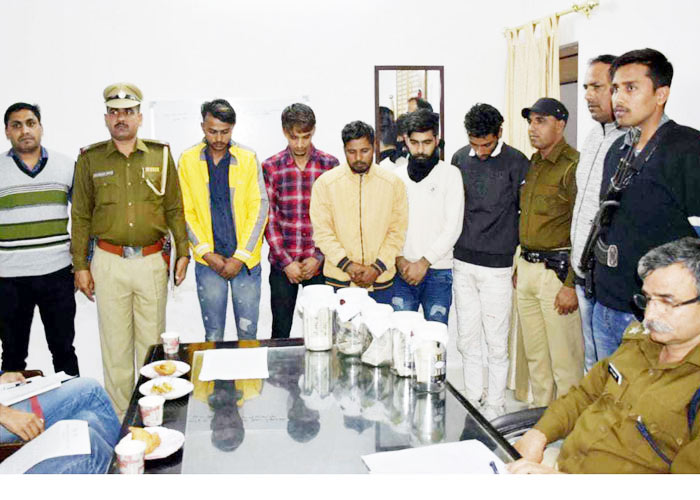 With the arrest of five accused, Haryana Police has cracked the ATM theft case that took place on the intervening night of February 21 and 22 in Saha town of Ambala district. The robbers have uprooted the entire ATM machine and took it along in a vehicle.

Giving this information here today, a spokesperson of Haryana Police said that after a thorough investigation, police had arrested five persons identified as Sunny Khurana of Kurukshetra, Bittu Panchal of Jind, Himanshu of Kurukshtra, Raman Thakur of Kurukshetra and Aman Kathuria of Kurukshetra. Police had also recovered stolen money of Rs 6.77 lakh from their possession.

He said that following a complaint lodged by Manager of Central Bank of India on February 22 in Saha Police station, police have registered a case and handed over it to Crime Investigation Agency. The CIA team after investigation have cracked the case by arresting five members and managed to recover Rs 6.77 lakh. The ATM has Rs 19.40 lakh cash.

Arrested accused will be taken on police remand by producing in the Court to recover ATM machine, vehicle used in the crime and remaining stolen money. Further investigation is underway.