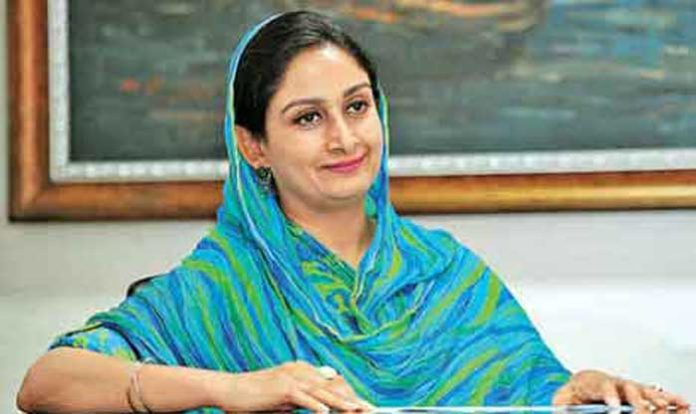 In a statement here while welcoming the HRD minister for the ground breaking ceremony of IIM, Amritsar tomorrow, Mrs Badal said dedicating the IIM to Guru Sahab would be a befitting tribute to the institution coming up in Punjab on the occasion of the 550th Parkash Purb.

Congratulating Punjabis for the establishment of yet another world class institute in Punjab after AIIMS, Bathinda, the union minister said the IIM was passed in the first budget of NDA-1.

“After 10 long years of being neglected by the UPA government Punjab has finally become a priority state and has been sanctioned projects like IIM and AIIMS. My gratitude to late Arun Jaitley ji who heeded my requests despite the result of his election. This is a testament of his love for Amritsar and Punjab”.

While thanking Prime Minister Narendra Modi for giving the premier projects to Punjab, Mrs Badal said she hoped the Punjab government would not try to delay the project as it had done in the case of AIIMS, Bathinda by not giving it requisite sanctions in time. “I hope IIM, Amritsar will be completed in record time and will not face any resistance from the Punjab government”, she added.