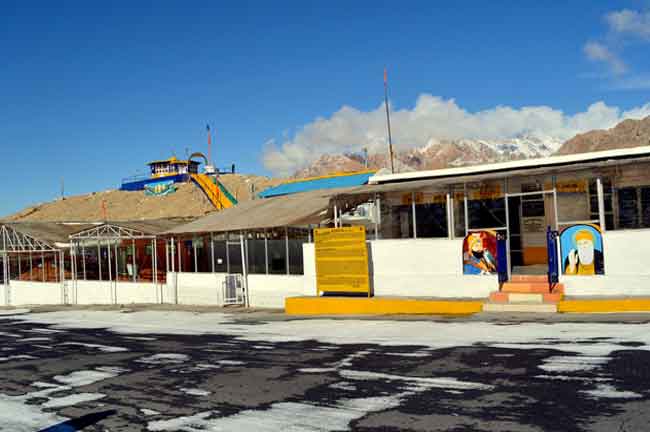 Clarifying on the controversy of tampering with the old exterior wall of the Gurudwara Pathar Sahib in Leh, the Army has informed the Delhi Sikh Gurudwara Management Committee (DSGMC) President Mr. Manjinder Singh Sirsa that local sybols that were tried on the wall have been removed and the Army is committed to preserve and protect the original wall structure and its face.

In a letter written to Mr. Sirsa by the Additional Director General Public Information in the Directorate of Military Intelligence, Integrated Headquarter of Ministry of Defence (Army) New Delhi, informed that some local symbols were tried to the outer wall as part of renovation undertaken in the Gurudwara for comfort of visitors and before commencement of next tourism season.

It further said that keeping in mind, the religious sentiments associated with the revered Shrine, such symbols, were removed immediately.

Mr. Sirsa disclosed that the Army has categorically said that Indian Army troops at Leh Region have deep connect with Sri Pathar Sahib Gurudwara and consider it as their duty to preserve and protect its heritage and faith associated with it.

Fresh statement by the Army statement assumes significance in wake of controversy that surrounded the historic Sikh Gurudwara Sahib a few days back. It is worth mentioning here that a Sikh youth visiting the Gurudwara Sahib had made disclosures on the fresh symbols being painted and inscribed on the exterior walls of the Gurudwara Pathar Sahib.

This issue was immediately taken up Mr. Sirsa with the ADGPI and concerned authorities. Later the Governor Office of the Jammu and Kashmir and now the Army has given categorical insurance to Mr. Sirsa and Sikh masses that no tempering will be allowed with the orginal structure of the Gurudwara Sahib.