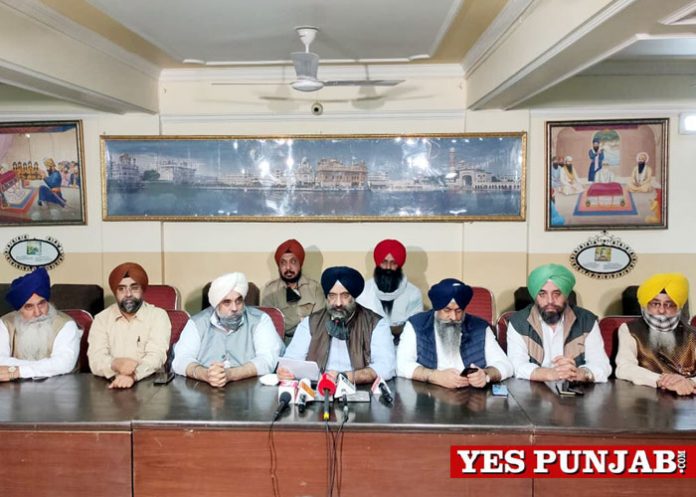 Addressing a joint Press Conference here today, Mr. Sirsa and Mr. Kalka said that new case has been registered by the Economic Offence Wing of the Delhi Police against GK for looting Guru’s golak by conniving with his PA.

He said that this case pertains to with drawing Rs. 50 lakh, Rs. 30 lakh and Rs. 13 lakh 65 thousand and thousands of foreign current from the cash account of the DSGMC. They said that case has been registered under sections 420 IPC, Section 7 of prevention of corruption act, 409 and 464 to forge documents and 463, 1988, 13 for scandal.

They said that it is most unfortunate that without caring of moral values being taught to Sikhs, GK himself looted money which is infact contributed by Sikhs from their daswand (tenth share in income).

Mr. Sirsa said that new case has been registered on November 12 against him individually whereas earlier this week case was registered against the then Governing body headed by him on charges of corruption. He said that this is third case against GK for corruption during his 6 year stint as President of the DSGMC. He said that section 7 in both the FIRs makes it ample clear.

Mr. Sirsa said that the sangat would not allow GK to fled away with money of Guru’s golak and he demanded that his passport should be forfeited immediately. He said that he should be immediately arrested, his custodial interrogation should be done and his premises should be searched to recover the usurped money and it should be handed over back to the DSGMC.