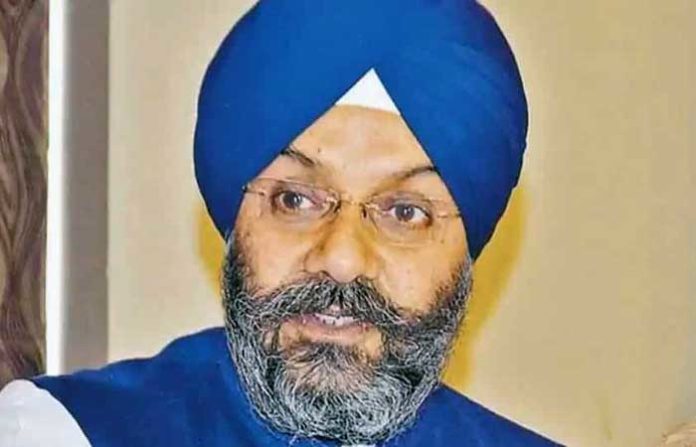 GK, who is not having very good relations with the party leadership has expressed concern over the party’s defeat in 8 out of 10 parliamentary constituencies despite ‘there being an anti-incumbency against the Capt Amarinder Singh-led Congress government in Punjab.’

The Sikh leader has appealed the community to deliberate the issues facing Punjab and particularly the Sikhs.

FOLLOWING IS THE COMPLETE LETTER WRITTEN BY MR GK

I have been compelled by my conscious to make an appeal to all the Sikh intelligentsia to thoroughly consider the results of elections of parliamentary seats in Punjab 2019.

In all the newspapers today top political thinkers and journalists have come out with the analysis that Sikhs have given negative vote to the Akali candidates showing their grievances against the leadership.

This is in spite of the fact that just on the eve of the election the issue of 1984 boiled up due to a hostile statement by a congress leader but this also did not help in any way of changing the mind of the Sikh masses.

After Sam Pirtroda’s Hua to Hua remark narrative at national level was in our favour. It was for the first time that issue of massacre of Sikhs was at the centre of political debate at national level and Prime Minister Modi himself called it “Terrorism” and “Genocide”.

We should never ignore the fact that for years Congress and media kept on calling the mass murders as “riots” but for the first time Prime Minister of India and his party called the massacre what it actually was – Genocide and Terrorism. PM assured justice in all his public rallies in Punjab.

Even national media also supported cause of the Sikhs and issue of big injustice with Sikhs reached to each and every voter in the country and this would also help to undo the damage caused by negative propaganda unleashed by Congress in 1980s after Operation Blue Star and Genocide after Indira Gandhi’s assassination.

Shri Narendra Modi’s positive work with the Sikhs, which also included issuing orders to scrap the black lists being maintained by Indian embassies abroad on their own level of the Sikhs who had taken political asylum there. This practice was also a legacy of Congress regime and ending this would benefit thousands of Sikhs.

However PM Modi’s positive work for Sikhs and the anti-incumbency factor against Amarinder government did not help in winning back the Sikh voters in the traditional Akali segments who have been loyal with the party since 1952 elections.

We are at crossroads and we need an effective approach how to take up the pending issues of Sikhs with Modi government. We have lost this opportunity earlier also in spite of PM Modi’s love for the Sikh community.

We should rise above our personal relations and unite for the glory of the Sikhs.