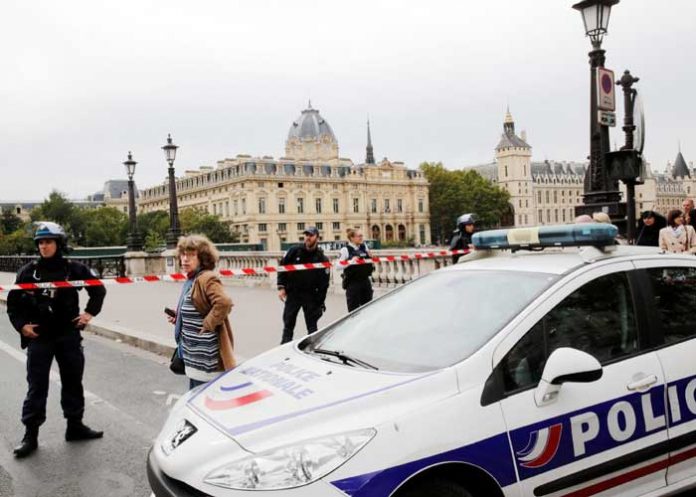 Paris, Oct 30, 2020-
A Tunisian man who stabbed three people to death inside a church in the French city of Nice, had arrived in Europe on board a migrant boat last month, officials said on Friday.

According to the officials, the 21-year-old suspect identified as Brahim Aouissaoui, who is in critical condition after he was shot by police following the attack on Thursday, had an Italian Red Cross document issued after he arrived on the island of Lampedusa, reports the BBC.

In a statement, chief anti-terrorist prosecutor Jean-Francois Ricard said that a Quran, two phones and a 12-inch knife were found in Aouissaoui’s possession.

“We also found a bag left by the attacker. Next to this bag were two knives that were not used in the attack,” the BBC quoted Ricard as further saying.

The attack took place on Thursday morning inside the Notre-Dame basilica before the first Mass of the day.

One of the three victims, a 60-year-old woman, was “virtually beheaded”, according to Ricard.

While the woman and 55-year-old Vincent Loques, who had reportedly worked at the basilica for more than 10 years, died at the scene, the third victim, identified as Simone Barreto Silva, fled to a nearby cafe with multiple stab wounds and succumbed shortly.

French media report have said that a 47-year-old man, believed to have been in contact with the Aouissaoui, was detained on Thursday night.

President Emmanuel Macron, who visited the attack site later on Thursday, deemed the incident as an “Islamist terrorist attack” and said that the number of soldiers being deployed to protect public places would increase to 7,000, the BBC reported.

France has raised its national security alert to the highest level.

Thursday’s attack comes after middle-school teacher Samuel Paty was beheaded by an 18-year-old Muslim immigrant, Abdullakh Anzorov inside a school near Paris on October 16.

In 2016, Nice witnessed one of France’s deadliest attacks in modern history when a 31-year-old Tunisian drove a truck into crowds celebrating Bastille Day, killing 86 people. (Agency)