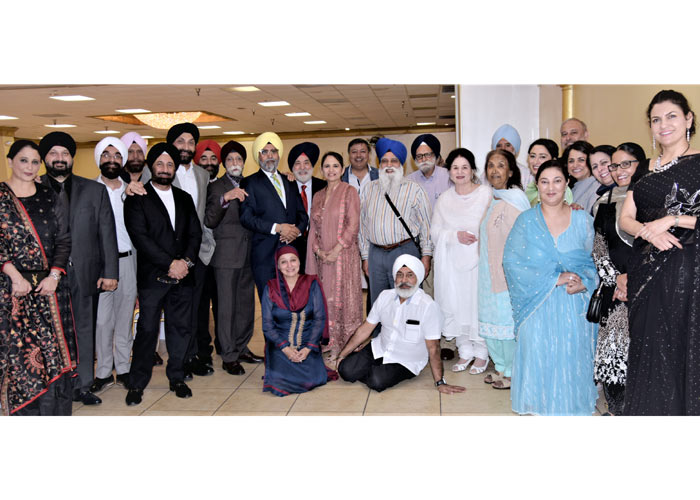 First ever documentary on Guru Nanak, the founder of Sikhism, is set to be screened at the Awareness Film Festival on Sunday, October 13. Film directors Jerry Krell and Adam Krell of Auteur Productions along with prominent religious leaders and authors will be present at this opening screening. There will also be a panel discussion on the documentary and also on the historical role of Guru Nanak.

PBS will facilitate the showing of this documentary on 200 TV stations all over America in coming months as Sikhs are celebrating the 550th birth anniversary of the founder of Sikhism.

A week long Awareness Film festival brings films from all over the world on various social and cultural causes and Guru Nanak Documentary will be shown on the final day. This will be hosted at the Regal at LA Live, next to the Grammy’s theater.

National Sikh Campaign (NSC) helped support this project and many Sikhs from USA and other parts of the world have contributed.

Dr. Rajwant Singh, Co-founder and the senior adviser of NSC, said, “We are thrilled that finally this documentary will be seen by people all across USA and there will be much appreciation about the pioneering philosophy of Guru Nanak and how it impacted the world positively. Recent polls have shown that there is total ignorance about Guru Nanak in the Western world. 550th celebration is the most appropriate time for us to educate the world.”

Amritpal Singh, Chair of NSC, said, “Sikh communities across the United States have shown their enthusiasm for this cause and we appreciate how various community members have come forward to support this project.”

Jerry Auteur, Director and Producer of the documentary, said, “The world has no clue about Guru Nanak and no one knows that he was ahead of his times. He advocated social and gender equality, exhorted people to respect all religions and sowed the seeds of interfaith understanding. These values are critically needed in the current times and this documentary is very timely, a wonderful gift to the world on his 550th birth-anniversary.”

Auteur Productions has made many documentaries on world religions and on health and they had traveled to India and Pakistan to shoot the original footage of Gurdwaras related to Guru Nanak.

Anjleen Kaur, Executive Director of NSC, said, “This documentary will inform Americans and rest of the world about Guru Nanak’s contributions. The narration is focused on the key message of Guru Nanak’s teachings which resonates with people. We are trying to make sure that we go beyond the traditional way of celebrating this important occasion.”