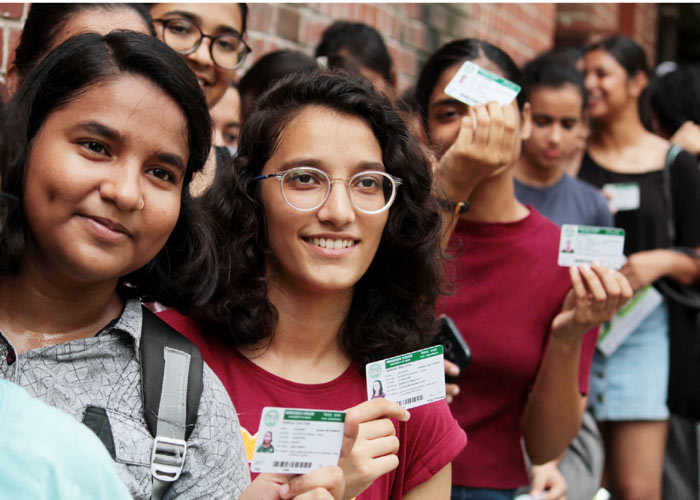 In the world’s largest election for a students’ union, the RSS’ student wing Akhil Bharatiya Vidyarthi Parishad (ABVP) dominated the Delhi University Students Union (DUSU) elections on Friday as it won three of the four seats, while the Congress’ National Students’ Union of India (NSUI) bagged only one.

ABVP’s presidential candidate Ashwit Dahiya defeated NSUI candidate Chetna Tyagi by a margin of over 19,000 votes. While Pradeep Tanwar and Shivangi Kharwal, secured the maximum number of votes for the posts for, vice-president, and joint secretary, respectively.

From NSUI it was only Ashish Lamba who defeated ABVP’s Yogi Rathee by a margin of 2,053 votes for the post of DUSU secretary.

The voting turnout was recorded at 39.90 per cent this year – over four notches down from last year.

Sixteen candidates, including four women, were in the fray and 52 polling centres were set up, with over 1.3 lakh eligible voters.

Last year too, the ABVP had won three posts while the NSUI won just one.  (Agency)