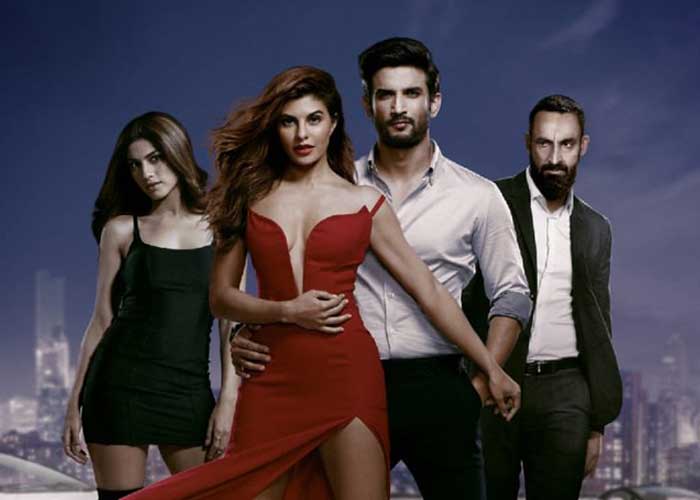 Y-a-w-n. We’re back to the same old circus – Bollywood wants to make a “Hollywood thriller” yet again, and this time they have raided Netflix for release space.

Stream and scream away if you have the patience, for this one’s dumbly rehashing the “Fast & Furious” flavour, cocktailed with tricks that reveal the hangover of assorted Hollywood hits, notably “Ocean’s Eleven”. For whatever remaining runtime they had to fill up, the “Dhoom” formula is stuffed in (which itself never looked very original in the first pace).

It doesn’t take 10 minutes into the film for the awful question to hammer your brain: Why was “Drive” made at all in the first place? If it had to be made, why did Netflix have to pick this up? The film, with all its supercars and sizzle, is like a ramshackle ride on four wheels that struggles to keep moving.

Okay, we don’t expect pathbreaking storytelling from a film as this. It was always meant to be about the glamour impact, or, what’s the word they use lately – about swag. Films like “Drive” bank primarily on three vital aspects more than story.

The first is star power (think Aamir-Katrina in “Dhoom 3”, or Hrithik-Aishwarya in “Dhoom 2). The second is some imaginative action thrills (the “Dhoom” series, once again stands evidence). And finally, cutting-edge tech specs – cinematography, editing and sound sync have to be top notch.

“Drive” cuts a shoddy picture on all counts. No swag here, only snooze. Despite a runtime of a little under 100 minutes, you would be struggling not to doze off.

The utter plasticity of the film hits you right away in the opening sequence as Jacqueline Fernandez alights from a high-octane car at a late-night race at India Gate. She is Tara, an expert driver who has just won the race, but she is dressed for racing as if she has arrived at a cocktail dinner – in an evening gown with a thigh-high slit and high heels!

Quite cheesy, how the friendly female sidekick tells her it’s impossible to deduce which is sexier – Tara herself or her driving.

Tara, we learn, has a day job as the owner of a courier service that is not necessarily into legit transactions. Neither are the other young speed maniacs at the nightly races making money through honest means.

Elsewhere, a superthief who is identified as King is wreaking havoc around town. He only steals from high-profile places, and likes to leave a calling card at the scene of crime (visions of Hrithik in “Dhoom 2”, anyone?).

One day, Vibha Singh, top boss at a government agency, receives a call from Prime Minister’s Office, stating King’s next target is Rashtrapati Bhawan. The caller also says an aide from PMO named Irfan (Boman Irani) will contact Vibha and her right-hand man, Hamid (Pankaj Tripathi), and they must work together to nab King before he creates trouble at Rashtrapati Bhawan.

“Drive” tries to keep you guessing by creating too many unholy characters. Everyone here is driven by greed and the lust for money.

Karan Johar has produced this film, which marks the return of writer-director Tarun Mansukhani, who made “Dostana” in 2008 and vanished from the scene. Exactly why it has taken Mansukhani 11 years to write and execute the erratic mess is beyond comprehension.

Mansukhani and his creative team don’t even look like they have brainstormed in an effort to craft a gripping movie. Everything from the suspense drama to the action — even the odd comic hint and the corny chemistry of the leads — seems too superficial to leave an impact.

Sushant Singh Rajput tries his best to make most of a character that hardly reveals any thought process. This isn’t a film that will let him score either as actor or star and, coming after “Chhichhore”, it is a gaffe of a choice.

Jacqueline Fernandez poses and preens in designerwear that looks as out of place as racing gear would on a spring-summer collection ramp. She sounds inadvertently funny in portions, when she tries to put on a sultry act.

Boman Irani and Pankaj Tripathi are wasted. Most of the balance cast gets nothing worth a mention.

“Drive” is a film without logic and also without magic. It reminds you Bollywood’s days of unimaginative cinema are far from over.  (Agency)