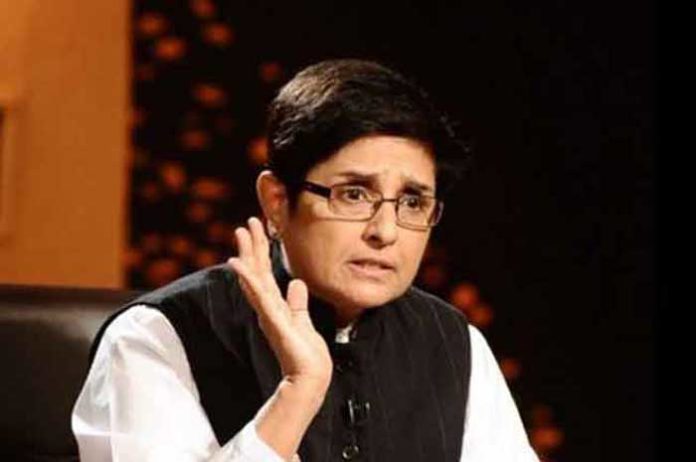 Condemning Bedi’s statement about the people of Tamil Nadu, AIADMK spokesperson P. Valarmathi said Bedi does not know the decency to say what and when.

Without realising the dignity of the office she is holding, Bedi has made some shocking and painful comments, the former minister added.

“Bedi should fight to get the share of Cauvery water from Karnataka to Tamil Nadu and Puducherry and confine herself to her allotted duty,” she said.

DMK President M.K. Stalin demanded Bedi’s immediate recall for her remarks about the people of Tamil Nadu. He also asked Bedi to withdraw her statement and tender a public apology.

According to Stalin, in a WhatsApp conversation with journalists, Bedi referred to the people of Tamil Nadu as “selfish and cowards”.

Bedi had on Sunday tweeted: “Question with Possible Answers: India’s 6th largest city #Chennai has become the first city in the country to run dry. The same city was in floods due to copious rains just 4 years back. Where lies the problem? Ans: Poor Govenance, Corrupt Politics, Indifferent Bureaucracy.”

Taking offence to her WhatsApp group comment, Stalin issued a statement saying that she was crossing her limits in making comments on matters that did not concern her.

“Just because the people of Tamil Nadu defeated the BJP in the Lok Sabha polls, Bedi described them as cowards and selfish. This shows not only her arrogance but also her dominating attitude,” he said.

“Could Bedi have remained in her post had she made such demeaning comments against the people of Gujarat, Uttar Pradesh and Bihar?” Stalin asked.

Earlier in the day, Stalin also raised the issue in the Assembly.    (Agency)