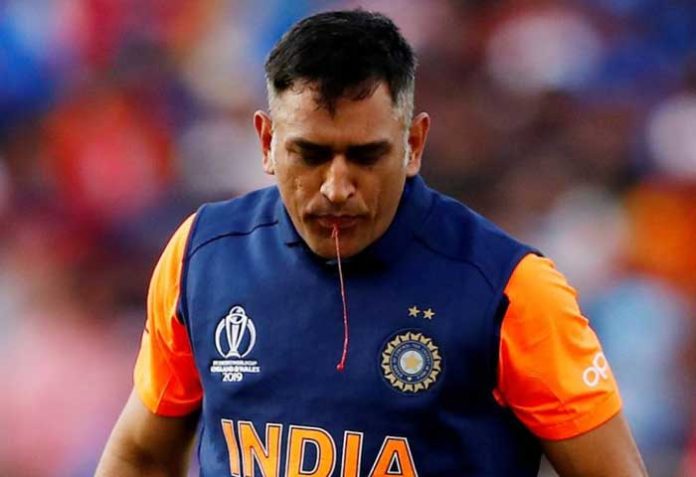 Veteran M.S. Dhoni has been drawing a lot of flak for his batting approach in the ongoing World Cup.

Fans and former cricketers have been left disappointed with the way Dhoni has struggled to score runs at a brisk pace in the tournament, thus questioning his intent and capabilities to collect runs freely and quickly like he used to do in his initial years.

Against England, the 37-year-old became the centre of attention as he drew a lot of ire for his batting approach in the match which India lost on Sunday.

With India needing some 50 odd runs from the last five overs after Hardik Pandya got out, the former Indian skipper was seen struggling to find boundaries and scored the bulk of his runs in singles and doubles. He, alongwith Kedar Jadhav, scored 39 runs off the final 31 balls, which included 20 singles and seven dot deliveries.

In the end, Dhoni remained unbeaten on 41 off 32 balls as India fell short of the target by 31 runs, thus registering their first defeat in the ongoing World Cup.

However, during the course of his slow-paced innings, what went unnoticed was the pain he was suffering while batting. Dhoni had taken a hit on his thumb twice in the game, first while wicket-keeping and then again while batting. Pictures of Dhoni sucking his thumb and spitting blood emerged on the internet amidst all the criticism he faced from the fans.

After the images went viral, fans on social media praised the former Indian skipper for his dedication and commitment towards the team.  (Agency)