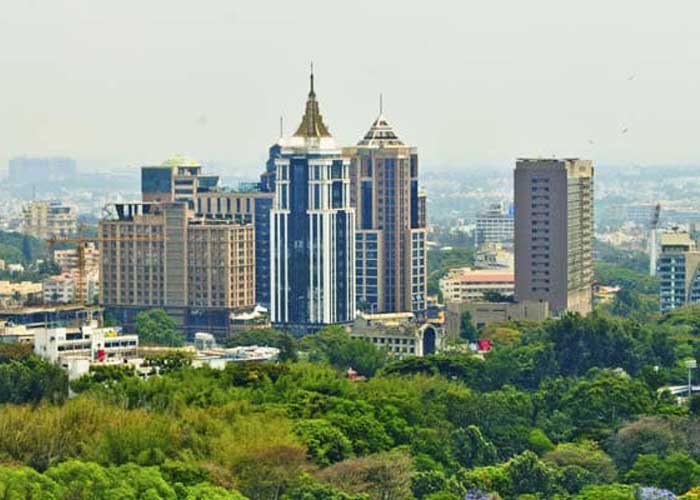 The Karnataka government’s “work from home” advisory to contain the spread of the COVID-19 pandemic has turned India’s tech hub into a ghost town, with the bustling campuses of IT majors like Infosys and Wipro deserted as thousands of their techies are missing in action since Monday.

“We have advised our employees to work from home while ensuring client confidentiality and security. We will continue work with local governments the world over in following their advisories,” said Infosys Chief Executive Salil Parekh in an e-mail on Tuesday.

The $11-billion IT behemoth has an 81-acre green campus in the Electronic City, with over a dozen glistening glass buildings housing its software development centres where a whopping 30,000 techies work 5-days a week during normal times.

“The partial lockdown has forced many of our engineers to work from home, leaving empty offices, sparsely utilized corridors, lobbies and other facilities across the green campus,” admitted a company official.

“Given the evolving situation, we have advised our employees to work from home wherever feasible and if their role allows them to do so,” a Wipro spokesperson told.

As a result, the usual buzz at Wipro campus in the city’s southeast suburb is missing since Monday, as most of its 25,000 techies are working from the cozy environs of their homes in the tech city.

Similarly, RMZ Ecoworld on the outer Ring Road in the same upscale suburb here, which is home to many tech firms, wears a deserted look, as thousands of geeks have been told to operate from home to avoid crowding and gathering in large numbers at one place.

“Only employees in mission critical roles are coming to office as their other colleagues have been advised to work from home due to clampdown in the city,” a Shell India Markets official told.

An executive of global audit firm PricewaterHouseCoopers (PWC) at the Embassy Golf Links office in the posh eastern suburb said the coronavirus induced changed work conditions were quite unexpected.

“We did not expect COVID-19 to escalate so quickly. When we see a change, it is essentially two things — work environment and delivery,a the executive said.

The partial lockdown has also snapped the human connect and personal touch in the job as team meetings and catching up with colleagues and friends has taken a break.

“The work we do involves collaboration with colleagues in the office. This got disrupted and is being done in the virtual world,” noted the executive.

In the absence of physical attendance, PWC has advised its staff to connect virtually, sharing a list of tools that enable digital collaboration.

“We are sharing screens with our colleagues and collaborating virtually. We, however, miss interactions that happen beyond office work like team bonding, socialisation and events,” added the executive.

Jawa, a start-up techie in the city’s southern IT corridor, said the upscale HSR Layout where his office is located has an eerie look, as the hectic activity on working days is conspicuously absent, with the staff opting to operate from home.

“It’s been three working days since I went to office. Though the vehicular traffic in the office area was heavy on last Friday, the partial lockdown has reduced the number of people and their vehicles,” Jawa pointed out.

With thousands of techies logging for work at home and staying put, they have taken a break from shopping, eating out or sipping beer at pubs this week.

“I saw Toit pub and some restaurants in posh Indiranagar in the city’s eastern suburb open past midnight but the usual crowd is absent and night life is quiet for a change,” affirmed Jawa.

“I feel a bit scared in the office as the people are far less at work. Though I could work from home, I came to office because the network is better,” quipped Kumar.

The office has also advised staffers like Kumar to avoid eating at restaurants in the sprawling offices complex to avoid crowds.

On average, about 10,000 people log into a dozen multinational firms, including Google in RMZ buildings.  (Agency)