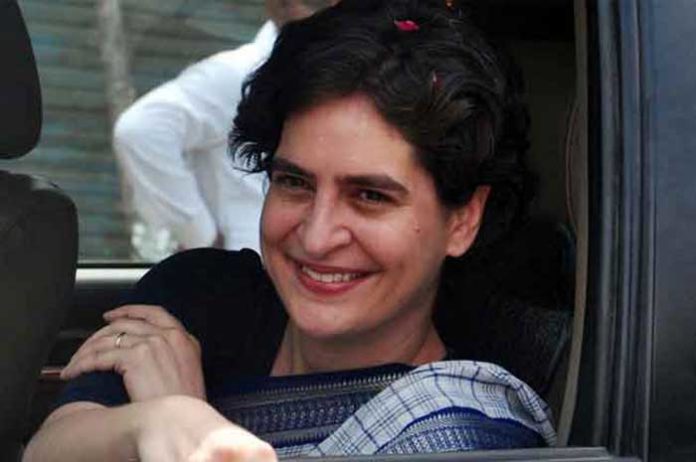 With the Congress weighing options to send its General Secretary Priyanka Gandhi to the Rajya Sabha, a competition seems to have begun between leaders of Congress-ruled states on her candidature from their respective states.

However, a decision on the issue will be taken by Congress interim chief Sonia Gandhi, Rajasthan party affairs in-charge Avinash Pande told the media here.

At least three state Congress units have proposed Priyanka’s candidature for the biennial elections to the Rajya Sabha in April, including Rajasthan.

In Madhya Pradesh, minister Sajjan Singh Verma, considered close to Chief Minister Kamal Nath, has already floated her name from the state. However, if sources are to be believed, she is likely to be sent to the Rajya Sabha from Chhattisgarh.

The opposition party lacks a forceful voice in the Upper House, wherein Priyanka Gandhi can fill in while her brother Rahul Gandhi takes on the government in the Lok Sabha.

During the 2019 Lok Sabha polls, it was said that she will contest the bypolls from Amethi in case Rahul won the seat apart from Wayanad in Kerala, but the plan failed as he was defeated from the family’s erstwhile pocket borough in Uttar Pradesh.  (Agency)