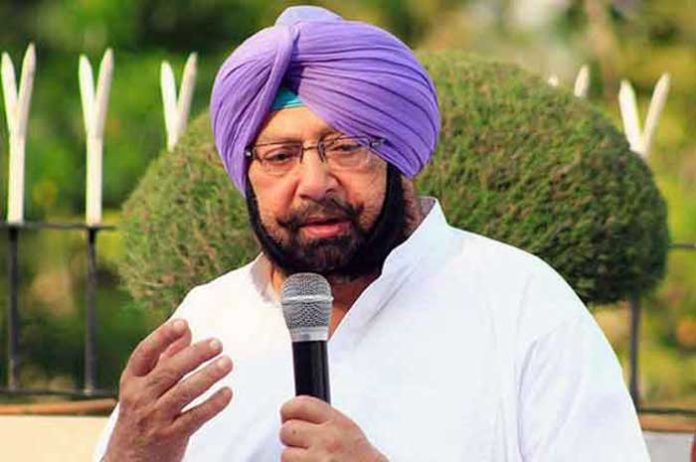 Patiala, October 25, 2020 (Yes Punjab News)
Asserting that in sharp contrast to the UP government’s response to the Hathras horror, his government had taken swift action in the Hoshiarpur rape-murder incident, Chief Minister Captain Amarinder Singh on Sunday said the challan in case will be presented in court this week.

The Chief Minister pointed out that prompt action had been taken by the Punjab Police and the accused had been caught without delay, unlike in Hathras. That was why Rahul Gandhi had to rush to Hathras, to secure justice for the victim’s family, and did not need to visit Hoshiarpur, he added, while interacting informally with mediapersons here.

Asked to comment on Union Minister Nirmala Sitharaman’s remarks on `selective outrage’, he reiterated that had the Punjab Government or Police failed to respond with swiftness in Hoshiarpur case, Rahul, Priyanka and others would have reacted the same way as they did in the case of Hathras. He pointed out that he already commented on Sitharaman’s statement yesterday in detail.

The Chief Minister denied that Navjot Singh Sidhu had been sidelined in Punjab Congress, quipping, in response to a question, that “who said Navjot Sidhu is sidelined?”

On being asked about the Enforcement Directorate (ED) summoning his son Raninder Singh, Captain Amarinder said it was not the first time the agency had issued summons to his family.

Ridiculing the Akali allegations of him being hand in glove with the central government on the farm laws issue, the Chief Minister remarked that “everyone knows who is colluding with whom.” “It is the Akalis who are mixed up with the BJP, they quit NDA under pressure but are still working together,” he said, adding that Harsimrat Badal was clearly involved in the introduction of the anti-farmer Ordinances and was a cabinet minister at the time these were brought in by the Union Government. “What did the Akalis do? My government brought the resolution/Bills in Vidhan Sabha to reject the central laws,” he added.

Pointing out that the fight was with the central government, Captain Amarinder reiterated his appeal to the farmers to stage protest dharnas in Delhi and not in Punjab, where economic activity was being threatened by their blockade. His ministers were in talks with farmer unions to resolve the problem, he said, pointing to the fact that only one day’s coal stocks and 10% Urea were available with the state. The option to buy power from the national grid did not exist since the state had no money, he added, in response to a question.

To a question on the status of resolutions on Farm Laws in other states, the Chief Minister said there were 11 non-BJP state governments in country and Congress was in power in 4 states. All Congress governments would move similar resolutions against the central rules, he said, expressing the hope that other non-BJP governments like that of West Bengal would also follow suit.

On last year’s Dussehra rail tragedy, Captain Amarinder said his government had provided immediate monetary relief but the matter now rested with the Railways, who would be giving the remaining relief to the victims and their families.

To a question on the financial crisis in Punjabi University, the Chief Minister said that the previous regime had indulged in haphazard recruitments, but assured that his government will find solutions.