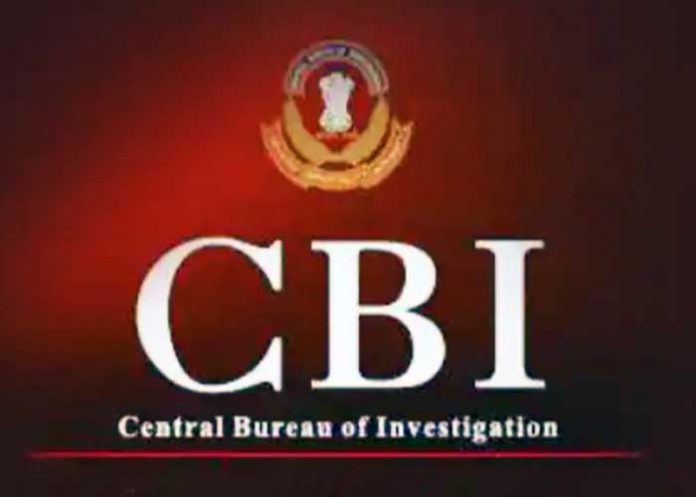 Noida/Lucknow, Oct 19, 2020-
The Central Bureau of Investigation (CBI) said on Monday that it has booked BSP MLA Vinay Shankar Tiwari and his wife Rita Tiwari in connection with an alleged bank fraud to the tune of Rs 754.25 crore involving a company, besides carrying out searches at several locations in Lucknow and Noida, officials said.

The CBI case is based on a complaint by Bank of India against two private companies — Gangotri Enterprises and Royal Marketing Pvt Ltd — based in Lucknow and Noida, its directors and other unknown persons on allegations of committing misappropriation, cheating and causing a loss of Rs 754.24 crore to a consortium of banks.

A CBI official said that multiple CBI teams started a search operation at the premises of MLA Tiwari’s firm Gangotri Enterprises in Lucknow and his residential premises.

Tiwari is the son of former minister and a strongman from Gorakhpur, Hari Shankar Tiwari. The MLA and his wife are second-largest shareholders of the company.

The searches were also spread out in Noida at the premises of another accused company, Royal Empire Marketing pvt Ltd, and an accused director in Gangotri Enterprises, Ajit Pandey, a CBI official said.

It has been alleged that the directors of Gangotri Enterprises had misappropriated bank funds and diverted them for other purposes other than for which the loan was taken.

The official said that it was alleged that the Gangotri Enterprises having its corporate office at Mahanagar area in Lucknow was engaged in the construction of roads, bridges, flyovers etc.

He said it was further alleged that the company availed credit facilities from a consortium of banks led by the Bank of India from time to time.

It was also alleged that the company was supposed to route all its transactions through the trust and retention account and the company was not doing the same, the official said.

The official pointed put that there were irregularities in the financial statements of the company.

During the searches, several incriminating documents were seized, the official said.

CBI sources said that the bank officials, who cleared the loan and allowed the fraud to happen, will be called for questioning in the coming days.  (Agency)