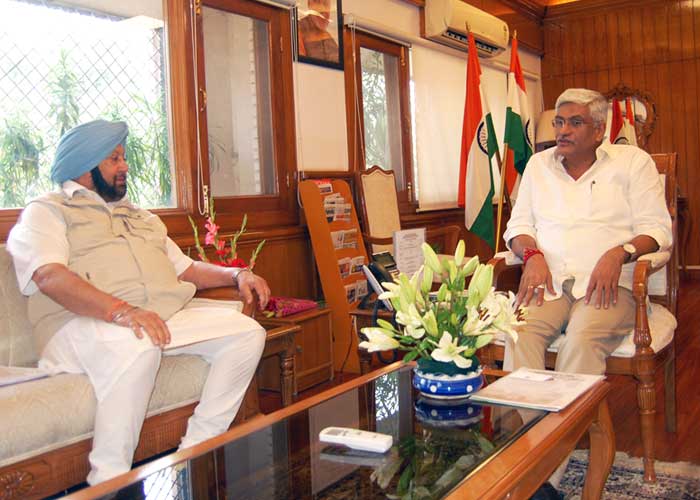 Punjab Chief Minister Captain Amarinder Singh on Monday sought a comprehensive mechanism from the Centre to check recurrence of floods, which was causing the state to suffer damage to the tune of crores of rupees every year.

The Chief Minister called on Union Jal Shakti Minister Gajendra Singh Shekhawat to raise the issue and put the onus of devising a method to prevent floods on the central government.

Speaking to the media persons here after the meeting, Captain Amarinder said he had apprised the Union Minister of the ravages caused by the floods to the state, which was not in a position to bear the losses year after year.

The Chief Minister said he had suggested to the Union Minister various measures like de-silting, and creation of water reservoirs. “It is now up to the Ministry to find ways and means to avert such crisis in the future, he added.

His government’s top priority in the wake of the recent floods was to save lives, said the Chief Minister, expressing concern over the fact that many of the state’s villages were submerged in water with more than 1.72 lac acres of crop damaged and more besides 500 houses destroyed, in addition to loss of cattle.”

Asked to comment on the Akali charge that his government had failed to provide adequate relief to the flood victims, the Chief Minister said the Shiromani Akali Dal (SAD) should have taken steps during their 10-year rule to build and strengthen the state’s infrastructure. They should have taken up the shovels to clean the rivers, he quipped, lambasting the Akalis over the issue.

On being asked about SYL hearing in SC, slated for Tuesday, the Chief Minister said the matter was sub-judice and he could not comment on the same. The issue was not discussed in the meeting, he added.