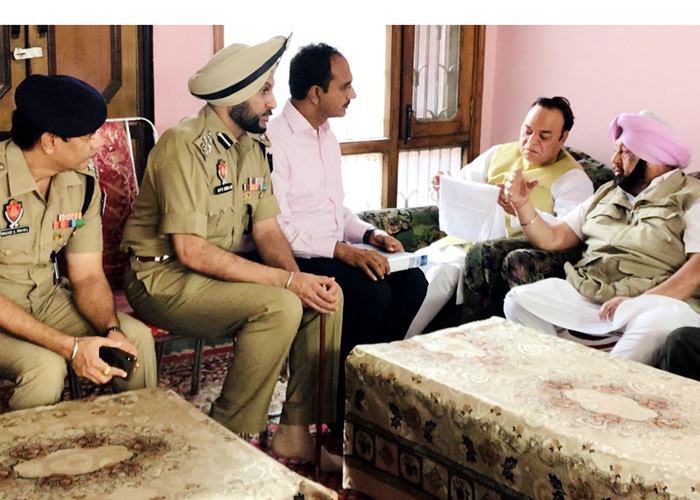 Chairing a meeting here to review ongoing procurement operation of paddy crop, the Chief Minister said that state government was fully committed to lift every single grain of the farmers produce. He said that the administration must ensure prompt procurement and timely lifting of the food grains of the farmers from the market.

Captain Amarinder Singh said that every effort must be made to facilitate the farmers coming to the mandis for selling his harvest.

The Chief Minister further said that due to inclement weather conditions the lifting operation of the paddy crop should further be given a fillip. Likewise, he said that elaborate arrangements must also be made in mandis to protect the crop from being perished in case of vagary of weather.

The Chief Minister also asked the officers to encourage the farmers for not burning the paddy straw. He said that extensive campaign must be launched by the administration and the agriculture department to sensitize the farmers on this issue.

Captain Amarinder Singh also said that the agriculture department must distribute more equipments to the farmers for insitu management of the paddy straw in the fields.

Meanwhile, Deputy Commissioner Jalandhar Mr. Varinder Kumar Sharma apprised the Chief Minister that till October 15 nearly 1.95 lakh metric ton paddy has arrived in grain markets of the district out of which 1.87 lakh metric ton has been procured.

He said that lifting of the procured grains was being expedited and prompt payment to the farmer has been ensured. Mr. Sharma assured the Chief Minister that no stone would be left unturned to ensure timely procurement and lifting of grains along with its prompt payment to farmers.