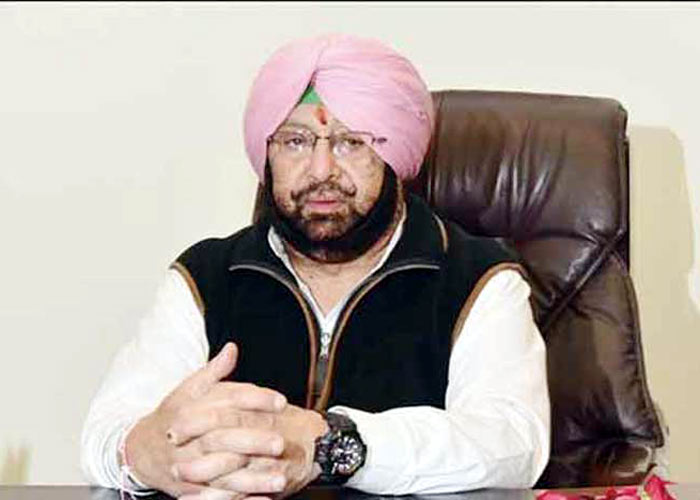 Taking serious note of the `highly irresponsible’ behaviour of people who continue to put the lives of other Punjabis to risk by violating the Covid safety rules, Punjab Chief Minister Captain Amarinder Singh on Saturday warned of dangerous consequences for the state, which has been witnessing a spike in cases over the past few days.

Pointing out that the state had reported 665 cases on Friday, which also saw 4900 challans being issued for various violations, Captain Amarinder asked why it was so difficult to wear masks and wash hands or not spit on roads. “Don’t you care for your fellow Punjabis,” he asked those who insisted on continuously ignoring his appeals to adhere to all safety norms. Citing the example of Maharashtra and Delhi, he said the safety of Punjab was in the hands of its people.

During his weekly Facebook Live #AskCaptain interaction, the Chief Minister also told the youth that while his government had announced opening of gyms from August 5, in line with the Government of India’s Unlock 3.0 guidelines, they would need to strictly follow all protocols and the directives which the health department would be issuing shortly.

Underlining the need for precautions and early detection to save lives, Captain Amarinder again reiterated his appeal for the recovered Covid patients to donate plasma, for which one plasma bank was already operational and two more were all set to come up in the state. “If I were a recovered patient, I would have definitely donated plasma,” he said, adding that he had already directed that plasma be made available free of cost at all government and private hospitals.

In response to a request from a Ludhiana resident for daily updates on bed availability to be posted on Cova App, the Chief Minister said he would direct the Health Department to arrange for the same. He assured that there was no shortage of beds, with adequate arrangements already in place for anticipated spike in cases.

Reacting to a desperate question from a Shutrana resident on when Coronavirus will end as one could not wear the mask at all times, Captain Amarinder said even he has the same question and is fed up of the situation. But till this ends, there is no option but to wear the mask, he said, adding “we will pass through this difficult time together, we shall win.”

On a question from Kargil Gallantry Award and Sena Medal winner Balkar Singh from Barnala regarding one-rank promotion for police and defence personnel as announced earlier, the Chief Minister said the state government was committed to giving one-step promotion to the Gallantry Award winners. He assured Balkar that he was entitled to this benefit, which would be provided soon.

Noting that today is the Raising Day of 1st and 2nd Sikhs, Captain Amarinder congratulated all serving and retired personnel of the units, known for their bravery.

In the context of some Punjabi singers promoting the gun culture, the Chief Minister appealed to all singers to stop singing such songs and instead to promote Punjab’s culture and ideology. He told the Rajpura resident who raised concern on the issue that arresting the singers was no really a solution and these people need to understand the negative impact of such songs on youth.

The Chief Minister took serious note of the complaint of Kulwinder Singh Bagga, a former school Principal and Director, about a filthy and stinking drain flowing from outside the Military Station passing General Harbakhsh Singh Enclave Sangrur. The resident complained that the army discharges its sewage overflow into the drain and people throw their garbage into it as there is no system of collecting garbage. The drain had never been cleaned and the situation had deteriorated in the monsoons, said Kulwinder. In response, Captain Amarinder said he was asking the DC to take up the matter with the Army authorities and was also asking PPCB o check what else can be done to ensure that the drain is cleaned out.

The Chief Minister ordered an inquiry and asked DC Hoshiarpur to submit the report within one week on the complaint of Commodore VK Gautam Retd NM alleging fabrication of revenue records by Circle Revenue Officer of Mukerian to omit the process of auction to blackmail him after he purchased a property in auction. Captain Amarinder said the matter was serious and action would be taken.

On the issue of fake NGOs in the state, the Chief Minister said many had done good work in the Covid crisis but if there were any fake ones, the complainant should submit a list to enable the government to ake strict action.

To a student’s plea for help in studying B.A B.Ed after scoring 93.33% in the recently announced class 12th results of PSEB, the Chief Minister said his government was already providing 10% reservation for economically weaker sections in admissions and offering scholarships for SC students.

Referring to a question from a Faridkot student regarding stopping of B.Sc Agriculture course by Govt. Brijindra college, Faridkot, the Chief Minister said he will ask the Higher Education Department to identify suitable land for the college to provide practical training, without which the course cannot be conducted.

Asked if Punjab would follow Delhi’s move to reduce VAT on diesel, the Chief Minister said the state’s VAT was already lower than Delhi’s and it was not possible to cut it down further due to the financial constraints. The state government needs to raise revenues and find ways to do it, but that does not mean it will go for further increase in VAT, he added.

Regarding shortage of stamp papers of various denominations, the Chief Minister said closure of the printing press for stamp papers in Nasik during the lockdown period had led to delay. Teams from Punjab would be going on Monday to bring the stamp papers from Nasik, and supply would be adequate after August 15, he added.

A resident of Lamlehri village in Shri Anandpur Sahib sought help for a local man whose house had collapsed due to excessive rainfall and he had no money to repair or place to live. Captain Amarinder said he had got the situation verified from the DC and was informed that only a temporary animal shed had collapsed while the house itself was a pucca structure. The Chief Minister said he had asked the district administration to give Rs 4000 for repair of the shed to the affected family.