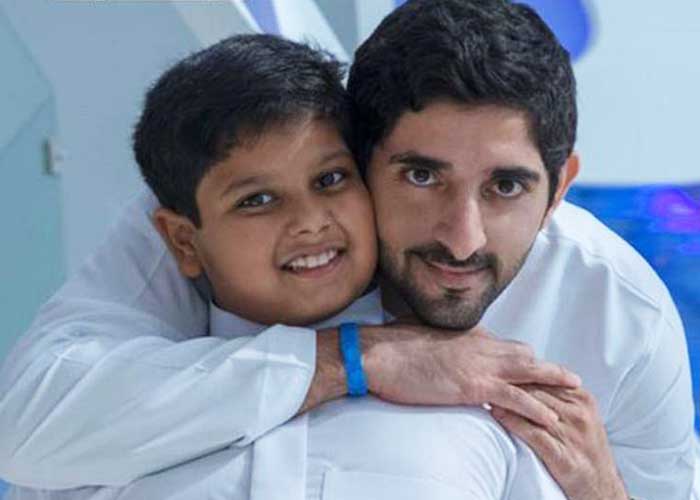 After his social media post, Abdullah Hussain from Hyderabad was featured in a TV news report, where he said: “Shaikh Hamdan is so cool, adventurous and so kind. I want to meet his pets and I want to see his dresses,” Gulf News reported on Saturday.

In the video, he carried a banner that read: “I am your fan Shaikh Hamdan. I want to meet you. I love Fazza.”

Speaking to Gulf News on Saturday following the family’s meeting with Sheikh Hamdan on Friday, Abdullah’s mother Nausheen Fatima, said: “Abdullah is all smiles after meeting His Highness. It was my boy’s biggest wish to meet him… It has come true.”

She said Abdullah has grown fonder of his idol after the meeting which went viral on social media.

Sheikh Hamdan posted a picture with Abdullah on Instagram with the caption “Met this courageous boy today”.

Besides meeting the Crown Prince, the family also spent time with his pets.

Abdullah was also thrilled to see the giraffes, gazelles and elephants.

Nausheen told Gulf News that Abdullah’s fondness for Shaikh Hamdan began after he watched a video of the Crown Prince on YouTube and instantly became his fan.

During chemotherapy, she said the parents took the names of Shaikh Hamdan and Avengers superheroes to divert Abdullah’s attention to ease his pain.

She added the family was grateful that their ailing son’s wish was fulfilled.  (Agency)