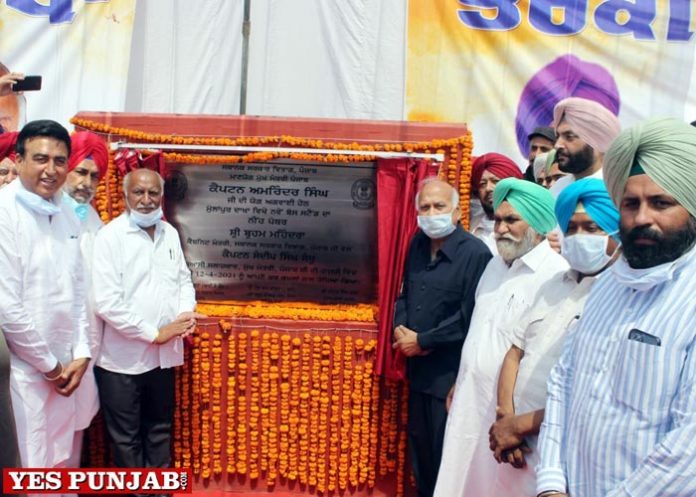 The Cabinet Minister said that the three-storeyed modern bus terminal would come up at the cost of Rs 8.81 crore and it would be ready within six months once the construction work starts.

He added that the building will also have office of Municipal Council in the first floor besides a large space for parking, shops, canteen and other basic amenities.

Reiterating that Punjab Government would bring the state’s development back on track, Mohindra asserted that paucity of funds will not be allowed to hold back such works despite Covid pandemic hit the hard financially.

He said that the government would continue initiate new development projects to strengthen the infrastructure of the town.

Mohindra told that any sort of compromise with the quality of work to be executed is undesirable and intolerable. He warned the officers/ officials that stern action would be taken in case of any callousness in this work.

He also said that the government is standing rock-solid with farmers in their struggle against three contentious farm laws.

Capt Sandeep Sandhu said that it was a red letter day as foundation of this ambitious oject laid, which would give impetus to the overall development of the region as it was long-pending demand of residents of Mullanpur-Dakha.

He said that the project would open new avenues of development and prosperity of the Dakha region.

He said that he was personally indebted to the Government of Punjab for allocating funds for the construction of new bus terminal.

Sandhu also dedicated the new bus terminal to the martyrs belonging to town.

During the event, one-minute silence was also observed to give tribute to those who have died during the protest against the three farm bills.