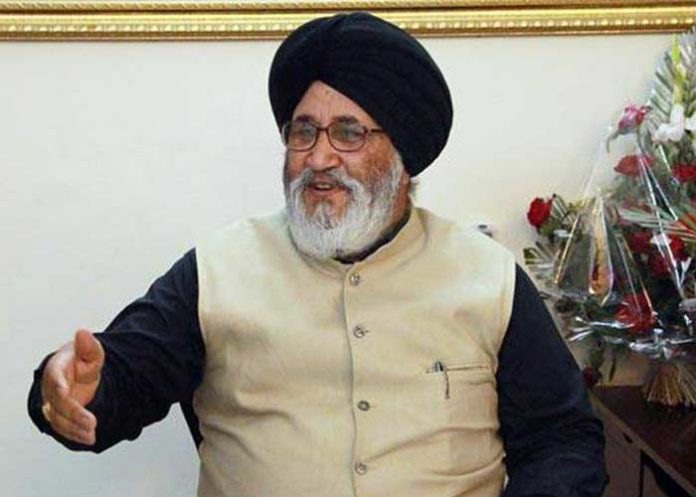 Chandigarh October 28, 2020 (Yes Punjab News)
The Shiromani Akali Dal today lashed out against what it called “the double standards of the BJP governments at the center and in states on property ownership rights of citizens in different states.”

The party came down heavily against the “contradiction in the reported decision of the BJP government to allow property ownership rights to outsiders in Jammu and Kashmir on the one hand the denial of these rights to farmers from Punjab in Gujarat and Rajasthan under BJP govts. on the other,”

In a strongly worded statement, senior SAD leader Dr Daljit Singh Cheema said, “This deliberate contradiction between the two yardsticks smacks of strong communal prejudices. Isn’t it strange that while anyone can buy and own properties, including agricultural lands, in Punjab and now in J and K, where the country’s two main minority communities happen to be in a majority, Punjabis are denied the same rights in other states, notably in Gujarat and Rajasthan,” he said, wondering why no Indian citizen has the right to buy agricultural land in Himachal Pradesh. “Is Himachal not an integral part of the country?”

Dr Cheema said that the problem for Punjabis is particularly severe in Gujarat and Rajasthan though our farmers have had to face these hardships in several other parts of the country too. Gujarat under BJP has been particularly harsh on Punjabi settlers who reclaimed barren soil and transformed it into fertile lands through sheer hard work over the decades.

They went to the Kutch region in the sixties on the invitation of the then state government at a time when no one, not even the locals, were ready to reside in these areas because of difficult topography and proximity to the live and hostile international border.

But once the Punjabi farmers turned the barren tracts into fertile zones, they faced eviction, despite a High Court ruling in their favour. Instead of honouring the HC verdict, the BJP government in Gujarat chose to prolong the Punjabi farmers misery by taking the matter to the Supreme Court,” he said.

The Akali Leader said that even with regard to the J and K, the bias against Punjabis is obvious as their mother tongue, Punjabi, has been denied the status of official language despite the fact that Punjabi is spoken by a significantly large number of Kashmiris as their mother tongue, and is understood all across the valley. Plus, the valley had once been a part of Punjab under the Khalsa Raj of Maharaja Ranjit Singh,” said the Akali leader.

The SAD Senior Vice President further said that there is a strong cultural affinity, a near linguistic uniformity and geographical contiguity between Punjab and Kashmir.

“For these strong reasons, if any non-Kashmiri citizens has the first claim on property ownership rights in Kashmir, it is the Punjabis. But the BJP govt sent its first anti-Punjabi message loud and clear by treating Punjabi as a foreign language in the valley. Such communal biases are not in our national interest.”