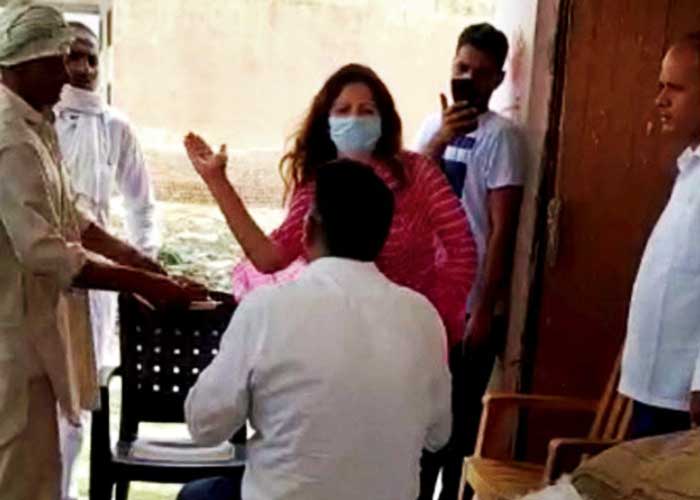 TikTok star and Haryana BJP leader Sonali Phogat has landed in a controversy with the surfacing of a video in which she could be seen thrashing Hisar Market Committee secretary Sultan Singh with her slipper.

The BJP leader also forced Singh to write an apology letter in the market premises.

The video of Phogat thrashing Singh with her slipper during a visit to the Balsamand Mandi, 25 km from the district headquarters, has gone viral, showing police personnel present at the scene remaining mute spectators.

In the video, Phogat could be seen hitting Singh repeatedly with her slipper, while saying: “You have no right to live.”

After thrashing him, she was heard asking the police to register a complaint against him. After the incident, Phogat also ensured that Singh wrote an apology letter.

In his apology to Phogat, Singh wrote, “Due to some personal reason, I used some obscene language against her and also misbehaved with her. I apologise to her for the same.”

Confirming the incident, Superintendent of Police in Hisar, Ganga Ram Punia, said the police received a complaint from Singh and appropriate action would be initiated against Phogat.

Congress national spokesman Randeep Singh Surjewala tweeted: “The market committee secretary was thrashed like an animal. These acts (have been) done by a BJP leader. Is it a crime to do a government job? Will (Chief Minister Manohar Lal) Khattar take action against Phogat? Will the media still remain silent?”   (Agency)