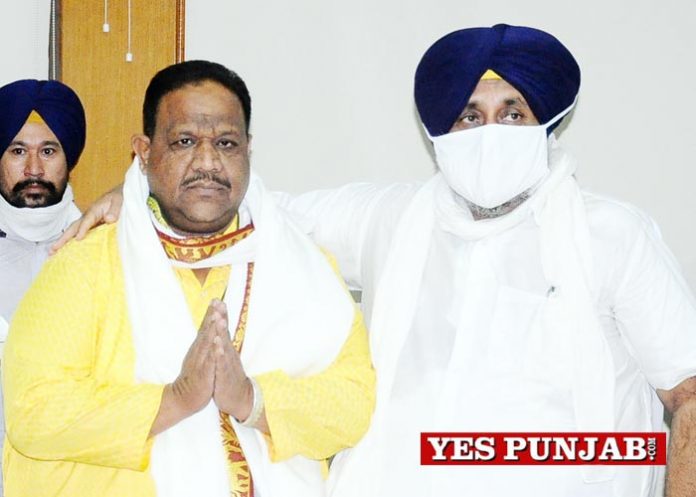 Welcoming the Dalit leader into the party fold, Mr Sukhbir Badal said the party had strengthened with Mr Bhagat’s entry into the SAD. He said Mr Bhagat had a huge following amongst the Bhagat community, particularly in the Jalandhar West constituency which was contested by the BJP under the SAD-BJP alliance. “We will give due honour and recognition to Mr Bhagat”, he announced on the occasion.

Talking to newsmen on the occasion, Mr Kimti Bhagat said he had got disillusioned by the BJP when he realized that it was not only paying lip service to the problems of the Dalits and did not have any programme for their amelioration.

He said he was also dejected by the lack of democracy in the BJP and had lately been shocked at the manner in which it had betrayed the farmers of Punjab by passing the three Agricultural marketing laws.

Mr Bhagat said the entire Bhagat community was beholden to former chief minister Parkash Singh Badal who passed several laws to protect ‘gau mata’ besides establishing cattle pounds. “I am joining the SAD in keeping with sentiments of the Bhagat community”, he added.