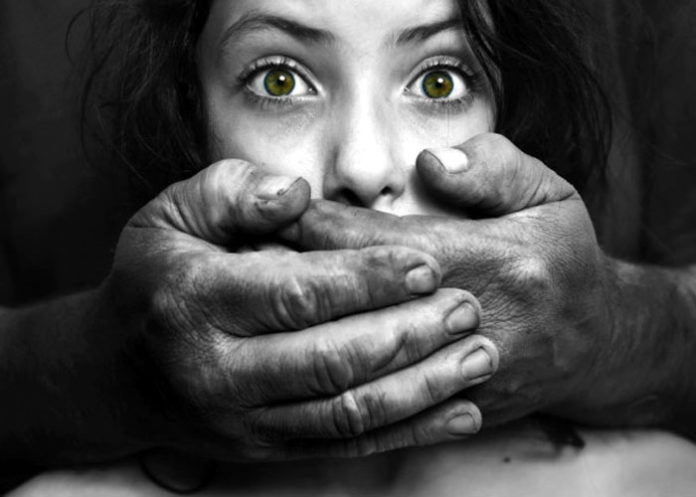 A 55-year-old man, masquerading as a beggar, has been arrested for forcing minor children into crime and flesh trade.

Vijay Badri alias Bangali was arrested from his home in Munshipulia area in Lucknow on Thursday evening.

The matter came to light after two boys and two girls escaped from his clutches. The unaccompanied teenagers – the girls aged 15 and 16, and the boys 14 – were spotted on a train to Barabanki at Badshah Nagar railway station in the wee hours of Thursday.

When questioned by the Railway Protection Force (RPF) personnel, the children related their tale of woe.

The children said that their ‘master’, who is a right foot amputee, not just forced them into illegal acts but also sedated them, slashed their bodies with a blade and smeared the blood on his bandaged leg to garner sympathy as a beggar.

The children have told RPF that they stole items ranging from mobile phones and wallets to luggage and e-rickshaw batteries for their ‘master’.

The girls were allegedly forced into sex trade. They slept on the pavements of Munshipulia and received a daily food allowance of Rs 100 each from Bangali who took away whatever else they stole or earned.

“This time, we managed to save up to Rs 70 for train tickets. We sneaked out early when they were all sleeping,” the children told the RPF personnel.

They said, “We tried to escape in the past, but were always caught and thrashed by his 14 to 15 aides.”

Bangali, a native of Bengal who was arrested from his shanty in Munshipulia, has confessed to running the racket with the help of three aides.

RPF inspector M K Khan and Rajdev Mishra, inspector, Ghazipur police station, told reporters, “He took to begging after losing a foot in an accident, but soon started luring slum kids with food, clothes and money to use them for prostitution and crime.”

Bangali has been booked for kidnapping, child trafficking and exploitation.

“Victims have told police that there are at least 10 more minors in his captivity. We are looking for Bangali’s associates and will probe if the racket is bigger which it seems to be,” the police official added.

The rescued four were handed over to Childline and produced before the child welfare committee in Lucknow. Committee member Sangeeta Sharma said, “They have been sent to a government shelter. We are trying to locate their parents.” Three of the four children are from Lucknow and one is from Barabanki.  (Agency)