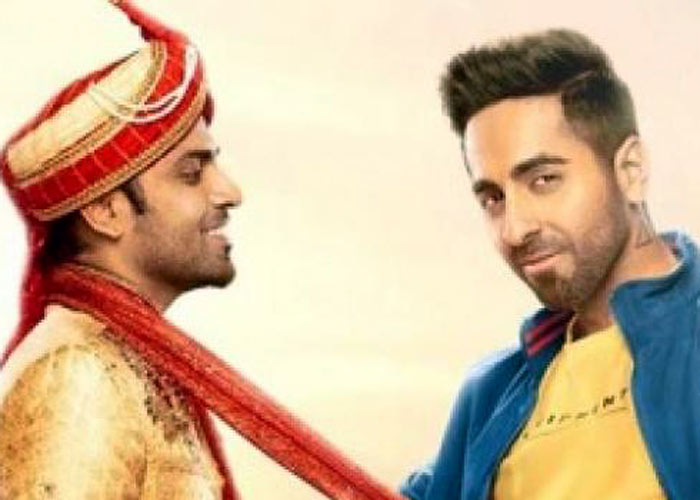 The latest release of actor Ayushmann Khurrana “Shubh Mangal Zyada Saavdhan” has been banned in Dubai and UAE over its homosexual content.

According to bollywoodhungama.com, the film’s makers even offered to edit the kiss between Ayushmann and co-actor Jitendra, but to no avail.

A source from Dubai told the portal: “We knew this was coming. Or, rather not coming. We really wanted to see what ‘Shubh Mangal Zyada Saavdhan’ has to say, since it is the first Bollywood film that normalises a gay relationship. Sadly, all films with a gay content are banned in these parts.”

When the producers of the film offered to cut out the kiss scene between Jitendra and Ayushmann, they were reminded that it wasn’t about the kiss but the content.

Directed by Hitesh Kewalya, “Shubh Mangal Zyada Saavdhan” is a love story between two men in small-town India. The film also stars Gajraj Rao and Neena Gupta among many others.  (Agency)