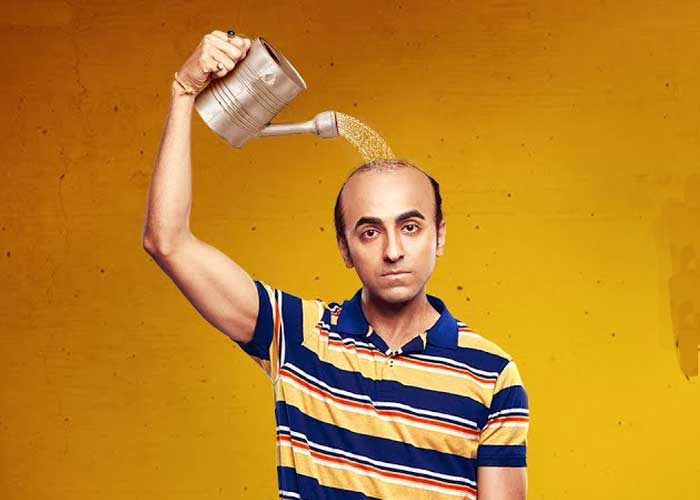 National Award-winning Bollywood actor Ayushmann Khurrana, who went through a look transformation in his upcoming film “Bala”, says he looked just like his grandfather after the prosthetic makeup was done.

Talking about how drastically different he looked after the makeup, Ayushmann said: “It was a different person altogether, and I did not recognise myself. I thought I looked like my grandfather because he had scanty hair. But I could relate with the reason why there is the complex (among people who are suffering premature balding). My father is quite gifted that way. He will turn 70 next year and he still has full hair. But my grandfather had the issue, I remember. So I empathise with them. Having said that, during the shoot, the toughest part was the prosthetic.”

“I wanted to shave my head and go bald but we could not do it since we were showing the different stages of balding. It would take two-and-a half hours everyday to get ready,” added the actor.

Whether it is sperm donation, erectile dysfunction or caste system, Ayushmann has been a part of some important topics of conversation through his films. He has created his space in mainstream Bollywood that is otherwise known for good-looking love stories and action-packed commercial potboilers.

However, the actor said that it is not easy to crack the code of right script every time.

“It is difficult to choose a topic that has taboo and is important to address, but I am glad that I am born in a country which is full of taboo subjects. Our country is on one has full of conservative people and on the other hand full of progressive people. When they meet, that is when comedy emanates. Seventy per cent of the population living in rural areas is migrating to the urban cities for jobs and a better lifestyle, and they get a culture shock. Cinema gets fodder from that kind of a situation,” said the actor.

He added: “Even in our film ‘Bala’, there are certain diktats that the guy has to be tall and should have good hair, while the girl has to be fair. We have to challenge such thoughts. My aspiration is always to choose a topic for my film that is noble and different,” said Ayushmann, who will play a homosexual man in the upcoming film, “Shubh Mangal Zyada Saavdhan”.

The actor has worked with both the leading ladies earlier — with Yami in “Vicky Donor” and Bhumi in “Dum Laga Ke Haisha” and “Shubh Mangal Saavdhan”. How was it working with them again?

“When we reunite with our co-stars again, there is added pressure. We make a conscious effort that the camaraderie between two actors should not be repeated, but it should be different. In ‘Bala’, I am glad their characters are well edged out. Bhumi’s character Nikita is quite interesting because although she is a dark-skinned girl, she has no complex. She is confident. Bala is the one with a complex and insecurity (for his premature balding), so he takes inspiration from her. It has a lot of layers, of killing insecurity and coming out of all complex like a phoenix,” he said.

So, was there any complex Ayushmann had while growing up? “I was a very skinny kid. I am still lean but this is a much better version of me. I remember I used to play cricket at that time and I so wanted to become a fast bowler. But my coach said that I am too skinny for that. So, I started bowling spin. That was one of the complexes I had as a child,” he recalled. 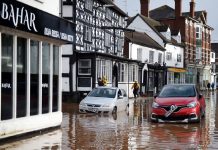