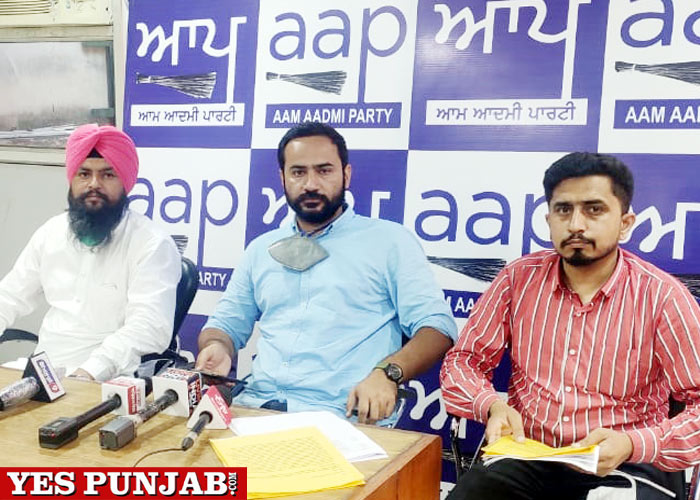 The Punjab government has indirectly ‘debarred’ teeming millions of students from humble backgrounds from becoming doctors by raising the fees multiple times in government medical colleges in the state, ranging from 70 to 80 per cent, saying it was out of the reach of the students of common households with meagre means of livelihood.

Addressing the media in Chandigarh on Monday, Barnala MLA Meet Hayer, state General Secretary Dinesh Chadha and state Punjab Youth wing President Manjinder Singh Sidhu, said that it was more shocking than surprising that Vice Chancellor (VC) of the Baba Farid Medical University was making irresponsible statement public that when the parents could spend worth lakhs of rupees on their children studying in private schools, why couldn’t they pay for making their children doctors?

which implied that those with humble backgrounds, including the poor, ‘dalit’ and other belonging to the middle strata of society studying in government would never ever dream of becoming doctors, howsoever promising and passionate they might be about the profession.

He said that in the year 2010, the fee for MBBS degree in the government-run colleges in the state was Rs. 13000 per annum, which had been increased 12 times within 10 years, forcing aspirants to cough up Rs. 1 lakh 56 thousand per annum now, alleging that during all these years, doctors’ salaries and stipends had been raised marginally.

Dismissing the government’s plea that colleges could not function without raising fees as also to providing better facilities to doctors in medical colleges, Hayer said, that if the neighboring states of Himachal Pradesh, Haryana and Rajasthan and Delhi could run medical colleges can by charging marginal fees, why couldn’t Punjab replicate the model?.

He added the government won’t be able to replenish the empty coffers by raising school, college and medical colleges’ fees. For this, the government needed to crack a whip on all kinds of mafias, including liquor mafia, sand mafia and transport mafia and medical education mafia, et al.

The young legislature said that amid the corona virus pandemic forbidding public gatherings, the Youth Wing of the Aam Aadmi Party had decided to lay siege to the official residence of Medical Education Minister OP Soni in Amritsar in support of the deserving students of the common homes, assuring that all the safety protocols laid out by the government would be strictly adhered to during the seige.

On the occasion, Dinesh Chadha alleged that the exorbitant hike in fees of private medical colleges involved a big scam. Presenting documentary evidence, Chadha disclosed that a PIL was filed by him, vide which the Punjab and Haryana High Court had directed the University Grants Commission to look into the alleged financial irregularities by non-government colleges in Punjab, adding that the three-member UGC committee in its report had found gross financial irregularities by non-government colleges in Punjab.

Chadha said that the UGC had asked the state government in 2014 to initiate appropriate action against those behind this nexus, alleging that neither the previous government nor the Congress government in the saddle had taken any action in the matter.

He went up to say that, caring two hoots for the UGC’s directive, the government allowed the proposed fee hike by private medical colleges, which reflected the anti-people stance of the government.