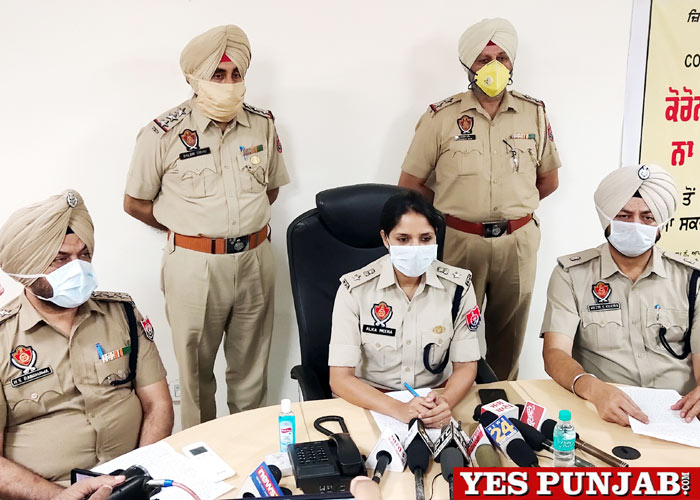 Shaheed Bhagat Singh Nagar Police has succeeded in cracking murder mystery of a former scribe Sunpreet Singh Mangat. His dead body was found in Rahon Police station area during the intervening night on May 10 and 11.

Initially, as per his father’s statement police had lodged an FIR under section 279, 304 A but after getting post mortem report it was converted into a murder case.

Divulging details, SSP Alka Meena said that considering the sensitivity of the case the investigation was entrusted to CIA on 15th May, Under the supervision SP (D) Wazir Singh and DSP (D) Harjeet Singh who further get the investigation expedited with the help of CIA Incharge Dalvir Singh. After getting the post-mortem report on 17 May, section 302 and 34 Ipc were added.

With in a week, we got the desired result and traced the murder by arresting six youngsters in the age group of 18 to 24 years, she added.

She said that motive behind the murder was mere loot not anything else as per the findings of preliminary investigation. Police would investigate the matter further to get them on remand, she added. 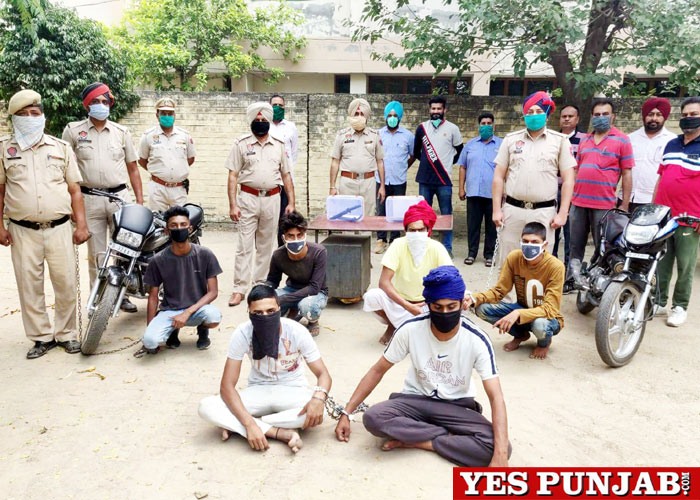 She said police has recovered the sharpedged weapons and two bikes from the accused.

SSP further disclosed that deceased Sunpreet Singh had lost his job as scribe after being arrested in NDPS case in April 2017 and later on, one more FIR was lodged against him in the year 2019.