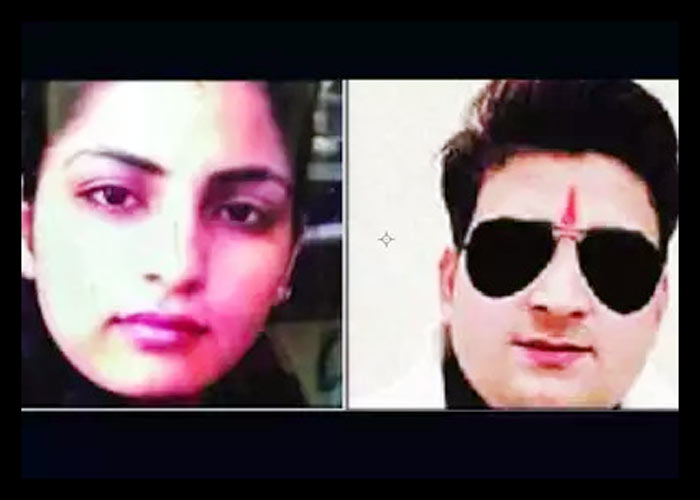 A TikTok user has emerged as the prime suspect in three shocking murders that have taken place over the past five days in Uttar Pradesh’s Bijnore district.

Thirty-year-old Ashwini Kumar is a drug addict, who uses the alias of Johnny Dada and uploads TikTok videos of himself posing as a ‘villain’. He also posts violent Facebook messages like ‘I will destroy everything’, ‘Devil is ready now’ and ‘See my havoc’.

However, he has no criminal record and was known to be a harmless man, until he shot a local BJP leader’s 25-year-old son and his nephew, 26, following a dispute on September 27 in Barhapur area in Bijnore. After the cold-blooded murders, he fled the busy market waving a pistol.

Three days later, Ashwini barged into the house of 27-year-old Nitika Sharma firing indiscriminately at her and fled from there.

Nikita was a local girl, who used to work with a hotel in Dubai and had come home for her wedding in Bijnor. She was to marry a sub-inspector posted with CISF in Chennai on December 2. However, she died a day after she was shot.

According to Nitika’s family, Ashwini had made advances at her in 2002, when he used to frequent her uncle’s place in Daulatabad and was spurned by her. She later got a job in Dubai and settled there. The episode was forgotten, or so they thought.

“It is likely that Ashwini was upset with the news of her wedding and wanted to settle scores,” a police official said.

However, police are yet to establish motive in the other two murders he committed four days earlier.

Ashwini, a graduate, comes from a humble background in Barhapur town of Bijnore. His father was a clerk in a sugarcane cooperative society in Dhampur tehsil and his elder brother works in a private company in Dehradun.

According to the family, Ashwini also used to work with a private firm in Delhi, but abruptly gave it up. His family believes that his drug addiction affected his mental health.

Meanwhile, additional security forces have been deployed in Bijnore and a reward of Rs 25,000 has been announced for anyone providing any information about his whereabouts.

Bijnore Superintendent of Police Sanjeev Tyagi said, “We have formed eight teams and a combing operation is underway to trace him. Posters announcing the bounty and carrying his pictures and personal details of Ashwini have also been put up at various locations. Locals are being requested to alert the police about his whereabouts.”  (Agency)