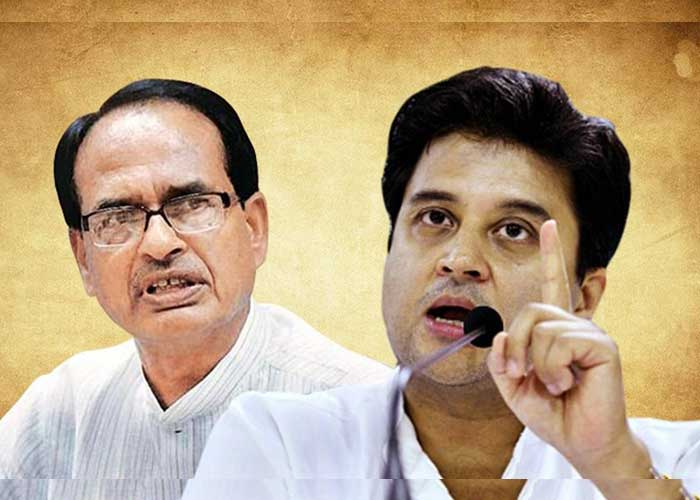 Madhya Pradesh Chief Minister Shivraj Singh Chouhan inducted 28 new ministers on Thursday including 12 from Jyotiraditya Scindia’s camp. Of the 22 Congress MLAs who resigned from the Congress to join the BJP, 14 are now in the expanded ministry.

The total strength of Scindia’s camp in the ministry is now 14 as two former MLAs were already inducted in the cabinet.

Officiating Governor Anandiben Patel administered the oath of office and secrecy to the new ministers at a function in the Raj Bhawan. Meticulous observation of COVID-19 protocol marked the 45 minute ceremony.

Among those inducted on Thursday, 20 are of cabinet rank and eight are ministers of state.

While Brajendra Singh Yadav, Girraj Dandotia, Suresh Dhakad and O.P.S. Bhadoria from Scindia camp were inducted as ministers of state.

Those inducted from Scindia camp had resigned as legislators in March which led to the toppling of 15-month-old Kamal Nath Government.

All of them will contest by-polls likely to be held in the state soon. Twenty four assembly seats are vacant in the state assembly.

Besides Chouhan, senior BJP leaders including Scindia and union minister Narendra Singh Tomar among others were present on the occasion.

The initial “mini” expansion of the Chouhan cabinet took place on April 21 with the induction of five ministers, including two former Congress MLAs close to Scindia — Tulsi Silawat and Govind Singh Rajput.

Chouhan took oath as chief minister for a record fourth term on March 23 this year, after Kamal Nath resigned from following rebellion by 22 MLAs of the Congress.