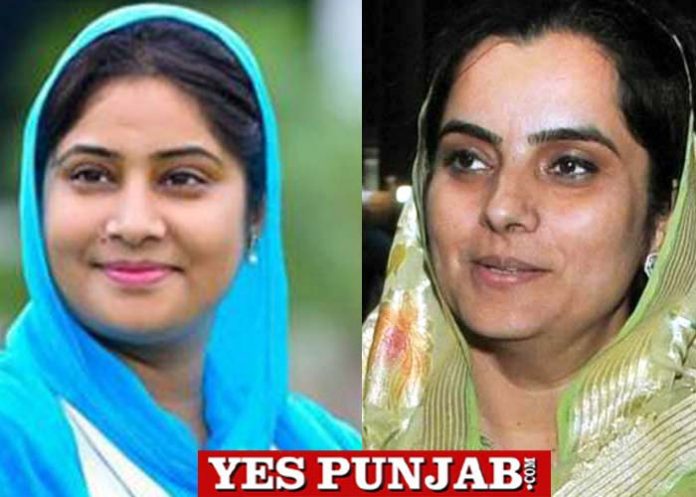 Chandigarh, April 9, 2021 (Yes Punjab News)
Reacting to over 2.33 lakh of job applications received against just 1,152 posts of patwari announced by the Punjab government, the Aam Aadmi Party (AAP) stated that Captain Amarinder Singh was betraying the youth of Punjab by creating nominal posts.

In a statement issued from the party headquarters, MLAs Prof Baljinder Kaur and Rupinder Kaur Ruby said that the number of job applications, which were over 200 times the number of advertised posts shows Captain Amarinder Singh government’s failure in providing employment to youth.

They said that the Captain government was trying to mislead the youth by coming up with such a small number of vacancies in the last year of his rule, whereas today lakhs of youth of Punjab were suffering from unemployment.

Sharing further details, the leaders said that against 1,152 posts of patwari advertised by the Captain government, over 2.33 lakh applied and in the name of these posts, the government earned more than Rs 10 crore.

They said that the Captain government was only focusing on filling the state exchequer instead of the welfare of the unemployed youth of Punjab, who were struggling on the streets, raising their voice and demanding employment; but in return were bearing the brunt of the khaki.

“The Captain government has jested with the unemployed youth of Punjab by coming up with such a small number of vacancies. Over 2.33 lakh have applied against 1,152 posts, which means there are over 200 contenders for every post of patwari, which gets a mere Rs 5,000 as stipend during the 18-month training, while the government is earning around Rs 1 lakh per post from the fees,” said the leaders.

They said that the unemployment has reached its peak when overstaffing in the state departments was mounting.

The AAP leaders further said that while the basic qualification for the post was graduation, there were M.Phil degree holders, postgraduates and PhD students among the applicants, which shows that such qualified youths of Punjab were struggling to even get a job due to the failure of Captain Amarinder Singh, who never took their cause and befooled the people with his false promises.

“Captain Amarinder Singh had come to power by promising ‘Ghar-Ghar Rozgar’, but now after four years was claiming for the welfare of youth by giving only 1,000-2,000 jobs,” they added.

The leaders said that before the 2017 elections, Captain Amarinder Singh had taken oath by holding Sri Gutka Sahib that he would give jobs to the youths of every household, but now he is retracting his promises.

They said that the Captain government abolished thousands of government vacancies in the name of restructuring the departments instead of giving jobs to the youth. “Today the youth of Punjab are sitting unemployed even after spending lakhs of rupees on their education,” they added.