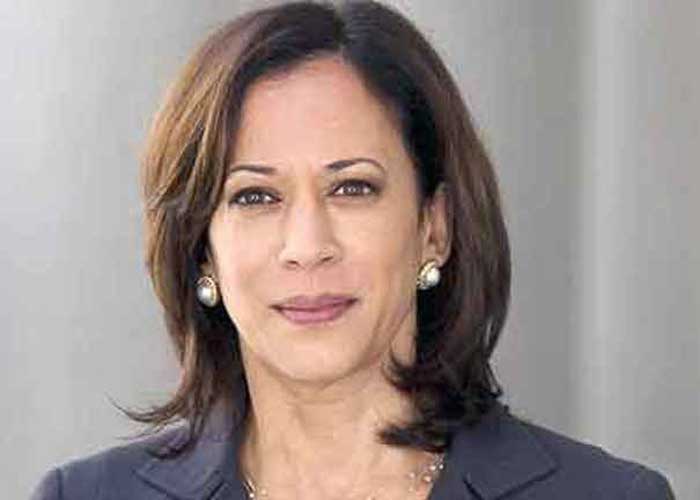 Noonan picks on Harris’ dancing, her laugh and her style – all of it in two thick paragraphs at the end of her column titled “A Good Debate, and It’s Not Quite Over”.

The Noonan takedowns have come thick and fast after the column dropped. Noonan got roasted for being “bitchy” and “tone-deaf”, on MSNBC.

Claire McCaskill, a former Democratic senator, rallied hard for Harris, framing Donald Trump as the embarrassment when he does his “ridiculous arm thrust to ‘YMCA’,” a new insert in Trump’s campaign rallies.

“Kamala Harris is anything but embarrassing. She is uplifting. She’s inspirational. She’s strong and substantial and she’s going to be one hell of a vice president.”

Noonan brings up the subject of Harris after offering her opinion on the final presidential debate.

“For her part, vice presidential nominee Kamala Harris is, when on the trail, giddy. She’s dancing with drum lines and beginning rallies with ‘Wassup, Florida!’ She’s throwing her head back and laughing a loud laugh, especially when nobody said anything funny. She’s the younger candidate going for the younger vote, and she’s going for a Happy Warrior vibe, but she’s coming across as insubstantial, frivolous. When she started to dance in the rain onstage, in Jacksonville, Fla., to Mary J. Blige’s ‘Work That,’ it was embarrassing,” Noonan writes.

She goes on: “Apparently you’re not allowed to say these things because she’s a woman, and she’s doubling down on giddy because you’re not allowed to say them. I, however, take Ms. Blige’s advice to heart: I will not sweat it, I will be myself. Kamala Harris is running for vice president of the United States in an era of heightened and unending crisis. The world, which doubts our strength, our character and our class, is watching. If you can’t imitate gravity, could you at least try for seriousness? I hate the shallowness with which politics is now done, the absolute puerility of it. Do you? We’re on the losing side. The future is an endless loop of Barack Obama on “Between Two Ferns”, stamping on your face, forever.”

“This is the joy that so triggered Peggy Noonan that she wrote a column about how Senator Harris comes off as ‘insubstantial, frivolous’. Black joy is something they feel the need to attack,” the African American Policy Forum tweeted.

Harris is the first ever Indian and African American woman on a US presidential ticket. Harris’ presence on the 2020 campaign trail is historic, in and of itself. (Agency)