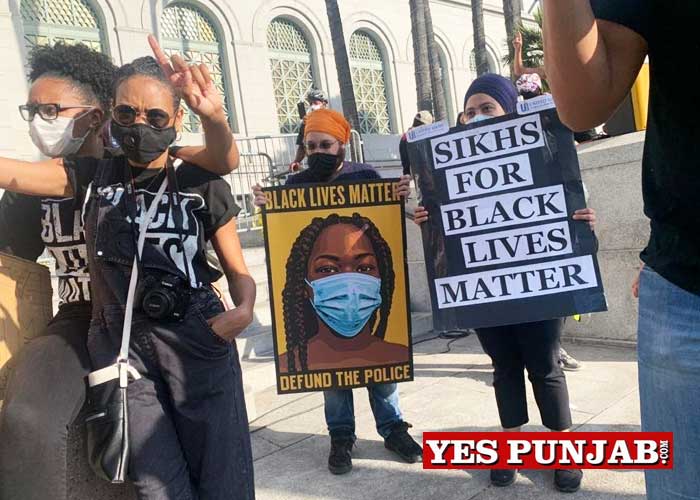 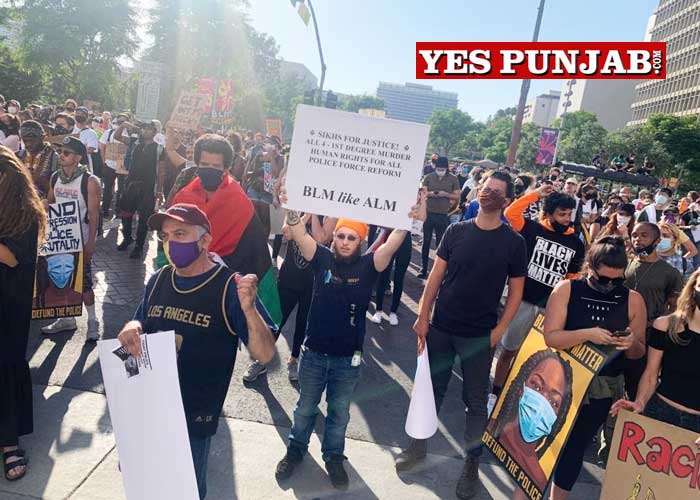 New York, June 21, 2020 (Yes Punjab News)
Recognize the Human Race As One is the slogan that drives United Sikhs, an NGO headquartered in New York City. A United Nations affiliated relief agency, we have served over 1.25 million cooked meals in the United States during the Covid-19 pandemic.

In the fundamental principles of Equality and Justice a team of volunteers took the task of standing shoulder to shoulder with activists and organizers of Juneteenth marches in New York City and Los Angeles. Cooked nutritious meals were served to hundreds at coast to coast rallies.

Juneteenth also known as Freedom Day marks the day when federal troops arrived in Galvenston, Texas in 1865 to take control of the state and ensure that all enslaved people be freed. The troops’ arrival came a full two and a half years after the signing of the Emancipation Proclamation. Juneteenth marks an effective end to slavery in the United States and is considered the longest-running African American holiday.

This year Juneteenth commemoration takes a special significance with rallies across the nation for the past few weeks seeking justice for Black men and women killed by police.

In the words of one of our volunteers, “As I speak before this blessed gathering of change makers, as I see the actions of people who choose not to remain silent, as I hear the chants to break the shackles of systemic racism and police brutality, as I feel the weight of the pain and trails and tribulations of a people oppressed for 400 years bearing down in this very finite moment – I am humbled and honored. ”

In Los Angeles, Associate Director, Meetan Kaur marched with a team of volunteers alongside thousands celebrating the end of slavery and seeking justice for the systemic racism in our midst today.