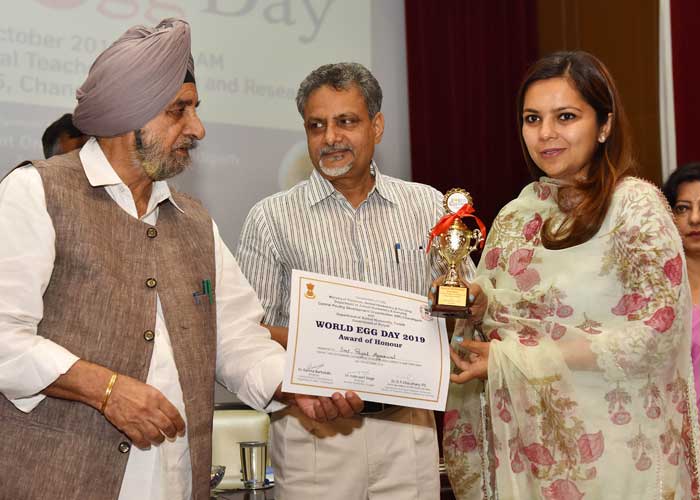 The Union Government today celebrated World Egg Day, in close coordination with the Punjab and Haryana Government and UT. Chandigarh and in collaboration with Central Poultry Organization.

Delivering his key note address as a chief guest, Mr. Tript Rajinder Singh Bajwa, Animal Husbandry, Fisheries and Dairy Development Minister, Punjab emphasized that to promote poultry industry in the country, the Union Government should make all the religious leader, especially the Hindus, to propagate that the egg is a vegetarian diet.

He said that by dispelling all the myths related to egg like; whether it is a vegetarian diet or a non-vegetarian, the industry can prosperous manifold.

He said that by doing so on one hand, the people will get balanced diet at cheaper price and on other hand, the poultry industry would prosperous, which in turn would increase the income of the already the debt ridden farmers.

Mr. Bajwa said that the recent research has made it clear that egg doesn’t have any living cells and for producing egg, the mating of hen and cock isn’t required. “Now the egg is generally called as bird’s food by most of the poultry farmers”, the minister said.

He said that the demand of the poultry farmers to include egg in the mid-day meal scheme would be discussed with the Chief Minister Captain Amarinder Singh. He further said that the government would also sympathetically consider the option of providing electricity at subsidized rates to poultry farmers on lines with other industries.

Prominent poultry farmers of the region were also honoured on the occassion.